Chemicals giant DuPont Co.'s sales fell 6 percent from a year earlier in the first quarter to $7.4 billion, as the strong dollar and lower volumes weighed on its earnings. 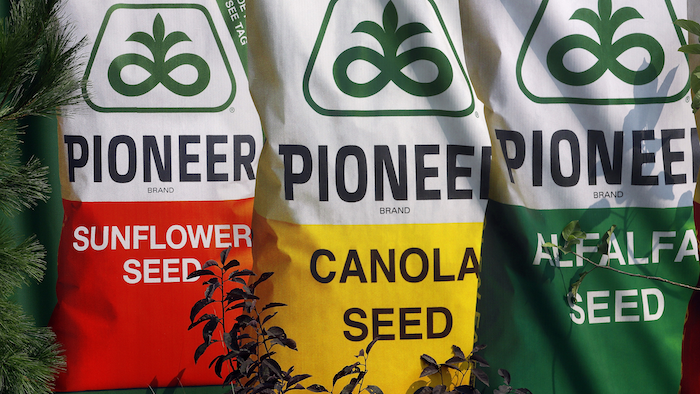 Chemicals giant DuPont Co.'s sales fell 6 percent from a year earlier in the first quarter to $7.4 billion, as the strong dollar and lower volumes weighed on its earnings.

DuPont revised upward its earnings forecast for 2016, saying it anticipates less impact from currency fluctuations in coming months. It now anticipates earnings of $3.05-$3.20 per share, versus its earlier outlook of $2.95-$3.10 per share.

The company put the negative impact from the strong dollar at 4 percent of its decline in sales, with lower volumes accounting for 2 percent. In the first quarter, agricultural sales benefited from higher prices and a larger acreage sown to corn.

DuPont is ratcheting up spending cuts ahead of an all-stock merger with Dow Chemical. DuPont expects the deal to close in the second half of this year, but it faces a significant review from regulators.

The deal with Dow Chemical would form a company valued at about $130 billion, bringing together two companies that have brought the world products including Ziploc bags, Saran wrap, Teflon coating and Nylon and Kevlar fibers. The companies would first form DowDupont, then separate into three independent publicly traded companies focused on agriculture, material science and specialty products.

The move came as both companies dealt with declines in agricultural performance were being pressured by activist shareholders to control spending and shift away from commodities to faster-growing parts of their businesses.