Adding Some Salt to The Recipe For Energy Storage Materials

Researchers use common table salt as a growth template. 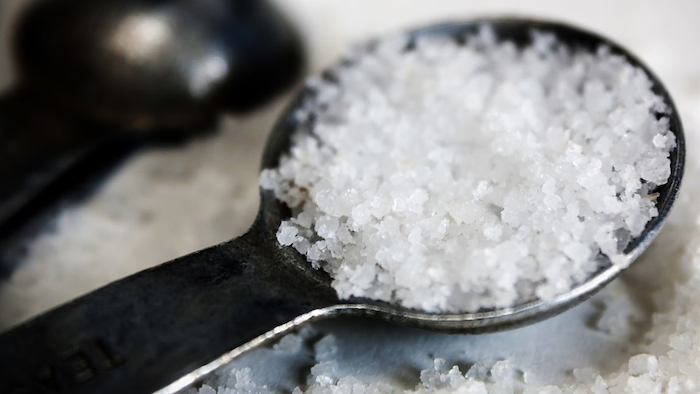 The secret to making the best energy storage materials is growing them with as much surface area as possible. Like baking, it requires just the right mixture of ingredients prepared in a specific amount and order at just the right temperature to produce a thin sheet of material with the perfect chemical consistency to be useful for storing energy. A team of researchers from Drexel University, Huazhong University of Science and Technology (HUST) and Tsinghua University recently discovered a way to improve the recipe and make the resulting materials bigger and better and soaking up energy -- the secret? Just add salt.

The team's findings, which were recently published in the journal Nature Communications, show that using salt crystals as a template to grow thin sheets of conductive metal oxides make the materials turn out larger and more chemically pure -- which makes them better suited for gathering ions and storing energy.

"The challenge of producing a metal oxide that reaches theoretical performance values is that the methods for making it inherently limit its size and often foul its chemical purity, which makes it fall short of predicted energy storage performance," said Jun Zhou, a professor at HUST's Wuhan National Laboratory for Optoelectronics and an author of the research. Our research reveals a way to grow stable oxide sheets with less fouling that are on the order of several hundreds of times larger than the ones that are currently being fabricated."

In an energy storage device -- a battery or a capacitor, for example -- energy is contained in the chemical transfer of ions from an electrolyte solution to thin layers of conductive materials. As these devices evolve they're becoming smaller and capable of holding an electric charge for longer periods of time without needing a recharge. The reason for their improvement is that researchers are fabricating materials that are better equipped, structurally and chemically, for collecting and disbursing ions.

In theory, the best materials for the job should be thin sheets of metal oxides, because their chemical structure and high surface area makes it easy for ions to attach -- which is how energy storage occurs. But the metal oxide sheets that have been fabricated in labs thus far have fallen well short of their theoretical capabilities.

According to Zhou, Tang and the team from HUST, the problem lies in the process of making the nanosheets -- which involves either a deposition from gas or a chemical etching -- often leaves trace chemical residues that contaminate the material and prevent ions from bonding to it. In addition, the materials made in this way are often just a few square micrometers in size.

Using salt crystals as a substrate for growing the crystals lets them spread out and form a larger sheet of oxide material. Think of it like making a waffle by dripping batter into a pan versus pouring it into a big waffle iron; the key to getting a big, sturdy product is getting the solution -- be it batter, or chemical compound -- to spread evenly over the template and stabilize in a uniform way.

"This method of synthesis, called 'templating' -- where we use a sacrificial material as a substrate for growing a crystal -- is used to create a certain shape or structure," said Yury Gogotsi, PhD, University and Trustee Chair professor in Drexel's College of Engineering and head of the A.J. Drexel Nanomaterials Institute, who was an author of the paper. "The trick in this work is that the crystal structure of salt must match the crystal structure of the oxide, otherwise it will form an amorphous film of oxide rather than a thing, strong and stable nanocrystal. This is the key finding of our research -- it means that different salts must be used to produce different oxides."

Researchers have used a variety of chemicals, compounds, polymers and objects as growth templates for nanomaterials. But this discovery shows the importance of matching a template to the structure of the material being grown. Salt crystals turn out to be the perfect substrate for growing oxide sheets of magnesium, molybdenum and tungsten.

"Lateral growth of the 2D oxides was guided by salt crystal geometry and promoted by lattice matching and the thickness was restrained by the raw material supply. The dimensions of the salt crystals are tens of micrometers and guide the growth of the 2D oxide to a similar size," the researchers write in the paper. "On the basis of the naturally non-layered crystal structures of these oxides, the suitability of salt-assisted templating as a general method for synthesis of 2D oxides has been convincingly demonstrated."

As predicted, the larger size of the oxide sheets also equated to a greater ability to collect and disburse ions from an electrolyte solution -- the ultimate test for its potential to be used in energy storage devices. Results reported in the paper suggest that use of these materials may help in creating an aluminum-ion battery that could store more charge than the best lithium-ion batteries found in laptops and mobile devices today.

Gogotsi, along with his students in the Department of Materials Science and Engineering, has been collaborating with Huazhong University of Science and Technology since 2012 to explore a wide variety of materials for energy storage application. The lead author of the Nature Communications article, Xu Xiao, and co-author Tiangi Li, both Zhou's doctoral students, came to Drexel as exchange students to learn about the University's supercapacitor research. Those visits started a collaboration, which was supported by Gogotsi's annual trips to HUST. While the partnership has already yielded five joint publications, Gogotsi speculates that this work is only beginning.

"The most significant result of this work thus far is that we've demonstrated the ability to generate high-quality 2D oxides with various compositions," Gogotsi said. "I can certainly see expanding this approach to other oxides that may offer attractive properties for electrical energy storage, water desalination membranes, photocatalysis and other applications."