"I'm worried," says Fraser Jamieson, an engineer who has spent the past 20 years on North Sea oil rigs. "We're all worried." 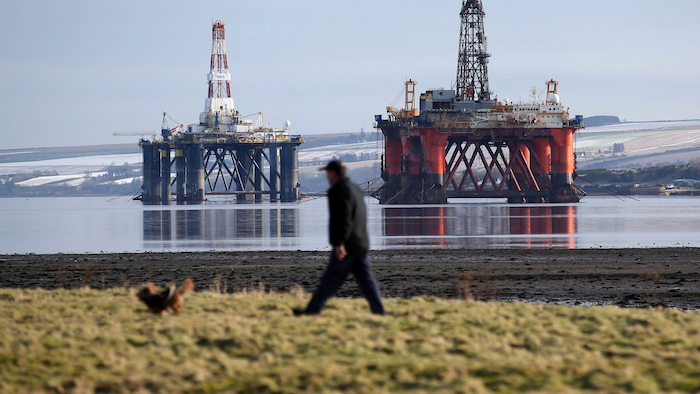 ABERDEEN, Scotland (AP) — It's Thursday night and the Spider's Web pub is packed with beefy guys in windproof jackets and massive backpacks. The exhausted oil rig workers pile their bags against the wall, play pool or just slump in the leather seats, knocking back pints of beer.

But despite the drink, there's not much laughter. It's not work that bothers them, but the prospect that the work will end.

"I'm worried," says Fraser Jamieson, an engineer who has spent the past 20 years on North Sea oil rigs. "We're all worried."

The North Sea oil industry, the biggest and oldest in Europe, is struggling with a toxic combination of aging, drying wells and the recent plunge in oil prices, which is forcing companies to rethink investments and putting thousands of jobs at risk. Estimates suggest more than a third of some 330 oil fields in the U.K. North Sea will close in the next five years.

"There is a sort of perfect storm," said Dorrik Stow, director of the Institute of Petroleum Engineering at Heriot-Watt University in Edinburgh, Scotland. "Those cumulative factors are going to negatively impact on the North Sea unless there is a fairly significant upsurge in the price of oil."

Brent crude, the benchmark for international oil, hit a 12-year low of $27.10 a barrel in January amid slowing economic growth in China and increased production in the U.S. That's down from more than $100 a barrel as recently as September 2014. While prices have recovered somewhat, Brent traded for just $40.95 on Thursday and most experts don't expect a significant rebound soon.

Low prices are causing turmoil internationally in an industry that has been going through booms and busts ever since 1859, when the first drilling rig was built in Titusville, Pennsylvania. 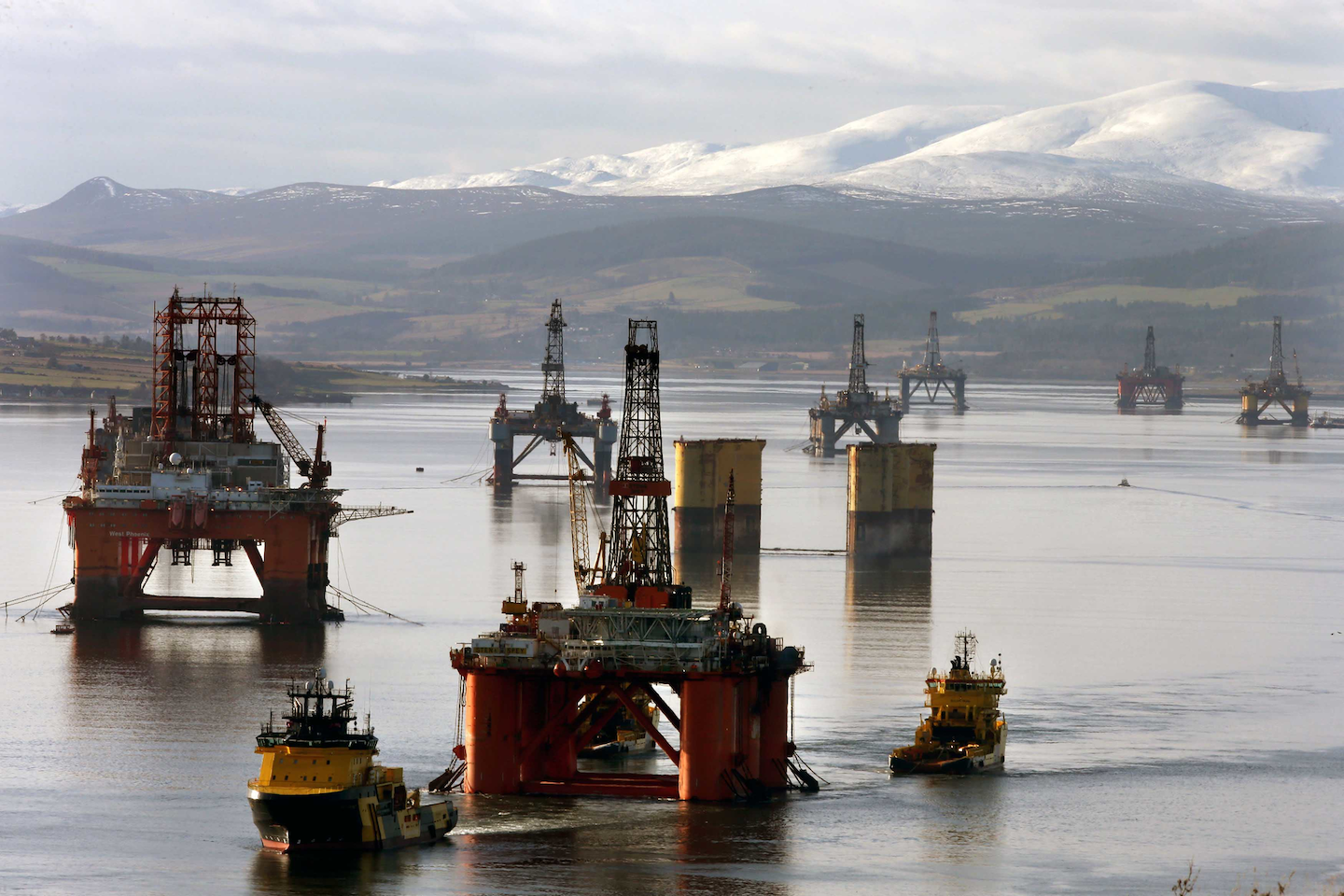 For the North Sea, each new bust accelerates its downward spiral, hurting the countries that tap it — Britain, Norway and to a lesser extent the Netherlands.

Norway on Thursday slashed interest rates in a bid to help the economy manage the oil sector's drop. In Britain, the government this week offered tax relief to oil companies to protect jobs and stem a decline in government income. Tax revenue from the industry dropped to 2.1 billion pounds ($3 billion) last year from 10.9 billion pounds in 2011-12.

Some of the biggest platforms are being dismantled as the industry forecasts production will drop to 45 million tons of oil equivalent this year, less than a third of the 150 million tons produced in 1999. Shell, for example, has started the process of decommissioning the Brent oilfield — which has produced 3 billion barrels of oil equivalent since 1976 and gave its name to the international crude oil benchmark.

And it is hitting workers hard. Some 5,500 people have lost their jobs, or 15 percent of the 36,600 directly employed in the industry at the end of 2013, according to Oil & Gas U.K. The group estimates that total direct and indirect employment supported by the industry has fallen to 375,000 from a peak of 440,000.

If the oil price remains around $30 a barrel for the rest of 2016, almost half of the North Sea fields "are likely to be operating at a loss, deterring further exploration and capital investment," according to Oil & Gas U.K.

"2016 is going to be quite pivotal," said Fiona Legate, a research analyst at Wood MacKenzie. "We will see distress sales, and it will be make or break for a lot of companies."

The doldrums are evident in the port of Cromarty Firth, a small deepwater estuary near the Scottish town of Inverness at the back door of the central North Sea. In the past, the port usually housed two rigs at a time as they underwent periodic maintenance. Now it hosts 10 — split roughly between rigs that are expected to be dismantled and those that are parked in hopes that higher oil prices will mean new contracts.

It's tough for a community in which rig maintenance meant good jobs. The port's chief executive, Bob Buskie, believes this downturn is unlike others because there isn't likely to be a boom after the bust.

"We have to realize that what's gone on in the past is in the past, and for the industry to survive in the future the whole model has to change to some extent," he said.

For Buskie that means getting work decommissioning the platforms once built and maintained in Cromarty Firth. It also means looking for new business. He's trying to attract more cruise ships packed with tourists who want to take in the delights of the Scottish Highlands, complete with bus tours of nearby Loch Ness and local whisky distilleries.

"There is a new normal," Buskie said. "We have to find out what the new normal is."

And in the period of transition, there is uncertainty for those who depend on oil for their livelihoods.

In Aberdeen, the Scottish city at the heart of North Sea oil, restaurants are empty at lunchtime. Hotel parking lots are barren. Helicopters once busy ferrying workers are parked on the tarmac.

It's common to hear conversations about people who have been laid off or are barely hanging on. Retired engineer Ken Forbes, 70, suggests the high-fliers made rich by oil are "coming down to Earth with a big bang."

At the cozy Sanddollar cafe on the Aberdeen seafront, the lunchtime crowd clears quickly despite the prospect of luscious lemon cake and hot tea. Waiter Piotr Kowalski, 23, said he's noticed that people are much more careful about what they order.

"They spend less," he said, noting the downturn. "They don't go out so often in the first place."

Tommy Campbell, a regional organizer at the Unite union's Aberdeen headquarters, sees the pain every day. Just last week one worker told him the entire team on his rig — some 30 people — had been put on notice for redundancy.

He argues oil companies have responsibilities not just to shareholders, but to the communities that support them. He thinks a summit would be good to bring companies, politicians and the community together to think creatively about what's next rather than just cutting headcounts. At the moment, though, too little is being done to stem panic.

"We're throwing rattles out of the prams," he said. "Everybody is losing out."