Iran Says US Companies Welcome to Invest in Petroleum Sector

U.S. companies are welcome to invest in Iran's oil and gas industry, the Iranian oil minister said on Sunday. 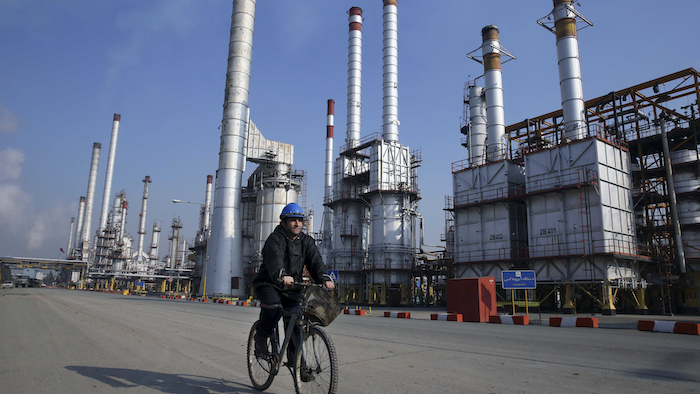 State-run Press TV quoted Bijan Namdar Zangeneh as saying that "in general, we have no problem with the presence of American companies in Iran."

He said it is the U.S. government that is "creating restrictions for these companies," without elaborating. Zangeneh also confirmed that Iran's state-run oil company has held talks with General Electric.

"Of course, my deputy conducted these negotiations and when I inquired about them, it was said that the talks were positive," he said.

GE said in a statement responding to questions about the talks that it is considering possibly doing business in Iran.

"In line with the easing of sanctions, we have begun looking at potential business opportunities in Iran, while fully complying with the rules laid out by the U.S. government," the company said.

"The German company must come to Iran to build equipment and parts needed in our oil industry and manufacture them here," he said.

Iran is trying to regain its share of the global petroleum market after the removal of sanctions.

Saudi Arabia, Russia, Venezuela and Qatar floated the idea of a production cap last month with the aim of boosting global oil prices, but it was conditional on other producers joining in. Iran, which is eager to jumpstart its oil industry, has so far resisted.

Zangeneh dismissed the idea of a production freeze by Iran as "a joke", according to the TV report. He said Iran will take part in discussions on a possible oil production freeze after its output reaches 4 million barrels per day.

"As long as we have not reached 4 million bpd in production, they should leave us alone," Zangeneh said.