Mexico's state-run oil company said Monday it will slash spending by 22 percent and reduce unprofitable production by about 100,000 barrels per day as Petroleos Mexicanos struggles with liquidity problems and past-due payments to its suppliers. 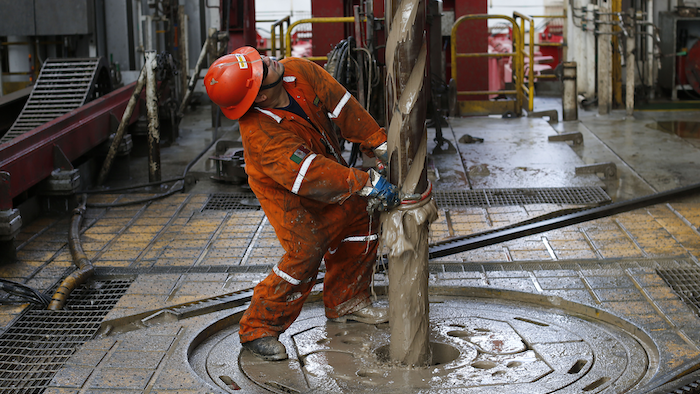 MEXICO CITY (AP) — Mexico's state-run oil company said Monday it will slash spending by 22 percent and reduce unprofitable production by about 100,000 barrels per day as Petroleos Mexicanos struggles with liquidity problems and past-due payments to its suppliers.

The company, known as Pemex, announced it will cut $5.5 billion from its 2016 budget and delay deep-water exploration and cut super-heavy crude production, because of low world oil prices.

Delaying production and exploration projects would account for about two-thirds of the $5.5 billion cuts.

But Pemex still faces a serious issue: It owes it suppliers almost $7 billion, a debt that the company acknowledges is a problem.

"Pemex is facing liquidity problems, but not one of solvency," said company general director Jose Antonio Gonzalez, who estimated that daily production would fall about 4.5 percent from the current level of 2.23 million barrels per day to about 2.13 million by the end of the year.

"We are looking for a temporary liquidity solution," Gonzalez said, adding that some of the delayed projects could be revived if partners are found who could lower production or exploration costs.

Gonzalez refused to say how many job cuts would be made at Pemex, but did acknowledge that Mexico's crude oil mix was selling for about half as much — $25 per barrel — as the $50 estimate included in last year's 2016 budget plan.