The Chemistry Behind Flint's Water Crisis

In addition to the lead pipe problems, experts say attention should be paid to Flint's corroding iron infrastructure. 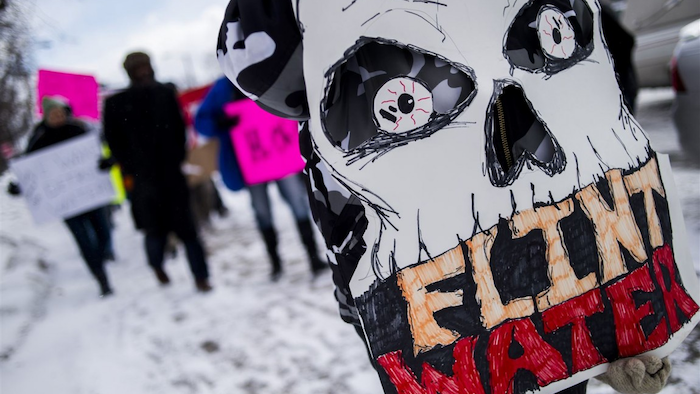 When the city of Flint switched drinking water sources in 2014, it triggered a health emergency as startlingly high levels of lead turned up in the water. An article in Chemical & Engineering News (C&EN), the weekly newsmagazine of the American Chemical Society, explains the chemistry behind the water contamination.

Michael Torrice, deputy assistant managing editor at C&EN, reports that cities adjust their water's chemistry to control water pipe corrosion. One way cities do that is by adding phosphate to the water. The compound helps maintain a protective mineral crust lining the pipes, which prevents corrosion. But when Flint switched from Lake Huron water treated in Detroit to Flint River water processed at its own treatment plant, it did not add phosphate. Environmental engineers say without the phosphate, the protective crust dissolves, exposing the pipes and allowing lead to leach into the water.

In addition to the lead pipe problems, experts say attention should be paid to Flint's corroding iron infrastructure as well. When the iron pipes corrode, the resulting exposed iron can react with and break down chlorine added to the water as a disinfectant. This could allow pathogens to start growing in the city's water pipes. Flint has returned to taking water from Lake Huron via Detroit, but engineers say it could take months to a year for a protective layer to build up in the pipes again.