Worst Case Scenario: Decontaminating Someone Who Was Just on Fire

In this new, exclusive series by Chem.Info, we’re taking a look at some of the worst case scenarios that can happen when working with hazardous materials and asking: Do you know what it takes to survive? 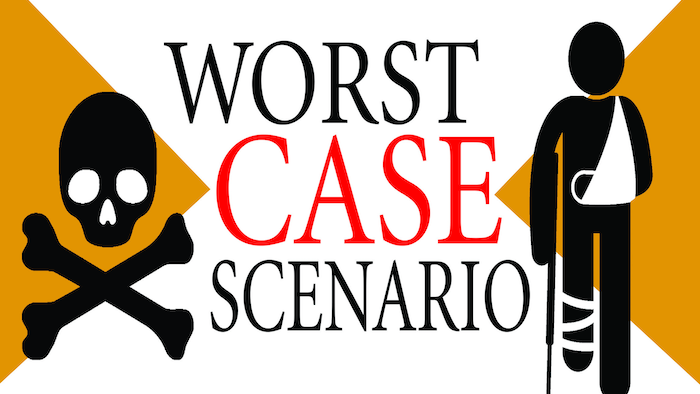 In this new, exclusive series by Chem.Info, we’re taking a look at some of the worst case scenarios that can happen when working with hazardous materials and asking: Do you know what it takes to survive?

The scenario: A person you’re working next to gets doused in flammable solvent. You’re in an “explosion proof” environment but due to poor maintenance on a walkie, the splashed solvent comes in contact with an ignition source and poof: the person covered in it is suddenly on fire.

But good news! Coworkers manage to extinguish the fire and the person who was ablaze for several seconds amazingly is unharmed (thanks to the large amount of solvent creating a concentration higher than the Upper Flammability Limit (UFL) next to the body, meaning that there was actually too much solvent to burn close to the skin and thereby protecting him.) Phew.

SCROLL DOWN TO SEE THE ANSWER:

B) You have the person rinse off with soap and water and change their clothes.

Why? Because if the person reeks of a dangerous chemical the medical crew may not take him on board out of fear of exposure to themselves and contaminating the ambulance. Wrapping him in a blanket only traps the solvent on the victim, and could even create a fire hazard.

True story: This exact situation played out once for Scott Harris, a chemical safety expert and director of EHS Advisory Services for UL Workplace Health & Safety, who contributed to this piece. EMTs arrived before decon was complete and wanted to put him quickly into the ambulance. After he was on the gurney, they smelled the solvent on his coworker and then left him on the curb and exited the scene. Luckily there were no medical issues, because he would have been out of luck. One morale of this story is to make plans with your outside medical services so that they understand the potential for chemical exposure victims and are prepared to handle them, not flee.

What do you think? Let us know by commenting below.