Fiat Chrysler US Sales Chief who Sued the Company is Leaving

A bumpy career saw him file a whistleblower lawsuit over a scheme to pay dealers to report fake sales numbers. 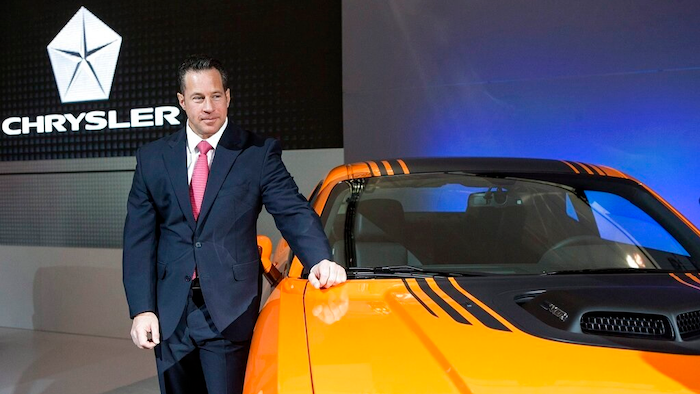 DETROIT (AP) — Fiat Chrysler's head of U.S. sales is leaving the company after a bumpy career that saw him file a whistleblower lawsuit over a scheme to pay dealers to report fake sales numbers.

The company says in a statement that Reid Bigland will leave Fiat Chrysler April 3 after 22 years with the company. He'll pursue other interests.

Bigland also headed the Ram brand and Fiat Chrysler Canada. During his tenure the company saw big U.S. sales growth, mainly with the Jeep and Ram brands. But his career was marred by the sales scandal, which forced Fiat Chrysler to restate numbers and pay $40 million to settle a complaint with the U.S. Securities and Exchange Commission.

Terms of Bigland’s departure weren’t announced, but the company said all legal matters with Bigland “have been resolved to the satisfaction of all parties involved.”

FCA CEO Mike Manley thanked Bigland for his service in a company statement. “We all wish him every success in his future endeavors,” Manley said. Bigland said in the same statement that that it’s been a privilege to work at FCA and with the company’s dealers.

Last June, Bigland sued Fiat Chrysler alleging that it withheld 90% of his pay package because he testified in the SEC inquiry of sales reporting practices.

He alleged that Fiat Chrysler Automobiles violated Michigan's Whistleblower Protection Act, retaliating against him because he testified in the probe of whether the company inflated sales and deceived stockholders.

The company withheld Bigland's 2018 long-term incentive stock payout, special dividends and an annual bonus in retaliation for his testimony and because he sold some stock, according to the lawsuit. Documents say the dividends alone are worth about $1.8 million.

In September Fiat Chrysler agreed to pay $40 million to settle an SEC complaint alleging that the company misled investors by overstating its monthly sales numbers over a five-year period.

The company inflated sales by paying dealers to report fake numbers from 2012 to 2016, the SEC alleged in a complaint.

Fiat Chrysler agreed to pay the civil penalty and to stop violating anti-fraud, reporting and internal accounting control regulations, the SEC said. The automaker did not admit or deny the agency's allegations.

Fiat Chrysler said it has reviewed and refined its sales reporting procedures.

The SEC said the automaker boasted about a streak of year-over-year sales increases into 2016, when the streak actually was broken in September of 2013.

When the company disclosed the sales scheme in 2016, it said that it had a "reserve" stock of cars that had been shipped to big fleet buyers such as rental car companies but not recorded as sales.

The SEC said employees called this database of actual but unreported sales the "cookie jar." The company dipped into those sales to stop the streak from ending, or when it would have missed other sales targets.

Bigland alleged in his lawsuit said that he inherited the sales reporting system when he took over the top sales job in 2011. When a dealer sued the company over the reporting system in 2016, Fiat Chrysler reported problems to the SEC, according to the documents.

The company named Jeff Kommor to replace Bigland as head of U.S. sales, while David Buckingham will lead FCA Canada. Mike Koval will be interim head of the Ram brand in North America.