Alstom, which makes the French TGV high-speed trains, said in a brief statement that the discussions are ongoing. 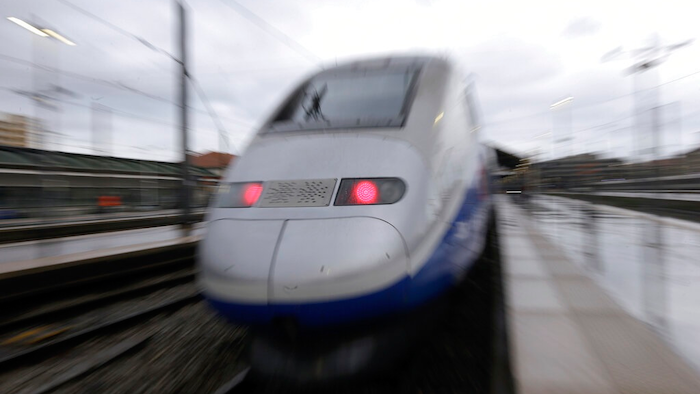 In this Monday, May 14, 2018 file photo, a TGV high-speed train at the Saint-Charles train station, in Marseille, southern France. French train maker Alstom said Monday Feb. 17, 2020, that it is in talks to possibly take over the train business of Bombardier, the Canadian aerospace and engineering company.
AP Photo/Claude Paris, file

PARIS (AP) — French train maker Alstom said Monday it is in talks to buy the rail business of Canadian engineering firm Bombardier, as it tries to bulk up to compete with big rivals, particularly from China.

Alstom, which makes the French TGV high-speed trains, said in a brief statement that the discussions are ongoing and no decision has been made yet.

The move would give more heft to Alstom after its bid to merge with Germany's Siemens was blocked by European Union regulators worried that it would make it a dominant presence in the region.

The decision to nix that deal was criticized by some European governments who want to create large European companies in various sectors that are capable of competing with state-backed companies in China and as well as U.S. multinationals.

Buying Bombardier Transportation, for example, would help Alstom compete with China's CRRC, which has been growing its business outside of its home country.

Bombardier Transportation is focused on commuter trains and last year made almost CA$11 billion ($8.5 billion) in sales. A takeover could cost around $7 billion, according to reports including by the Wall Street Journal, which cited people saying a preliminary agreement had already been reached.

Shares in Bombardier have dropped some 70% since a peak in 2018, while Alstom's have risen 30% in the same period.