165 workers will lose their jobs. 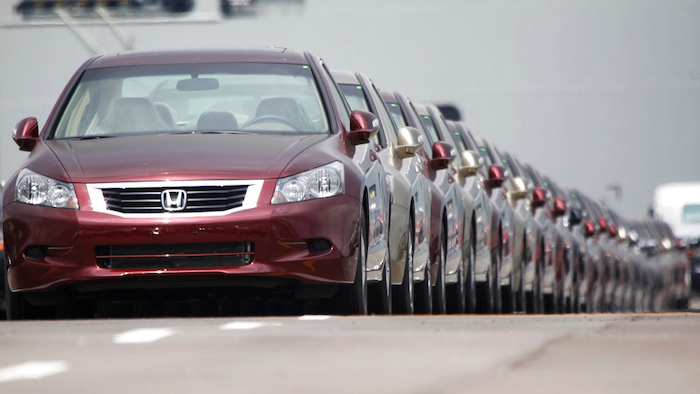 Keihin is a major supplier to Honda.
AP file

CAPAC, Mich. (AP) — A company that makes automobile parts plans to shut down a plant in Michigan next year, after promising to invest $22 million into a new facility that would have provided 260 jobs.

Keihin North America announced the decision in a news release. The company said it has not been able to expand new business as quickly as hoped, giving no other recourse but to proceed shutter Keihin Michigan Manufacturing, the Port Huron Times Herald reported.

Founded in 2007, the Michigan facility makes automotive air conditioning systems and advanced engine components. Keihin Corp., a major supplier to Honda, is based in Tokyo. Its North American headquarters is in Anderson, Indiana.

Operations at the Michigan plant will cease in February 2021, giving the 165 people who work there a year's notice.

The company is providing severance packages that include transition of medical benefits and outplacement services.

“It's always unfortunate when a plant or facility closes,” said Dan Casey, Economic Development Alliance of St. Clair County director. He says his agency has committed to helping the employees find jobs with services and job fairs.

Casey hopes that Keihin will put the building on the market or up for lease.

“It's a highly marketable property,” he said.

Capac Village President John Grzyb said in an email he doesn't think the facility will be closed for long.