Japan's No. 1 automaker Toyota Motor and technology giant SoftBank Group are setting up a joint venture to create mobility services in what they called a "united Japan" effort to face global competition. 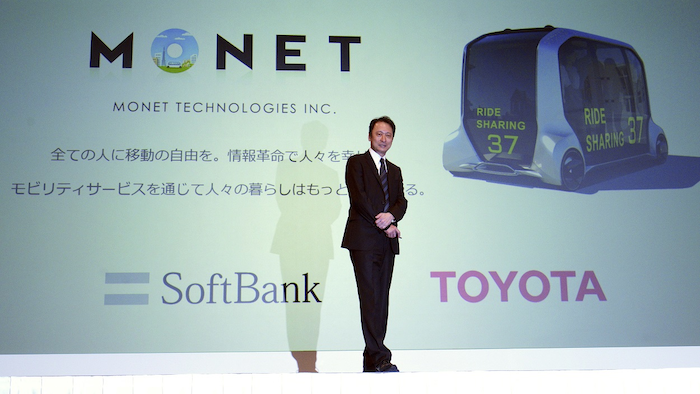 Japan's No. 1 automaker Toyota Motor and technology giant SoftBank Group are setting up a joint venture to create mobility services in what they called a "united Japan" effort to face global competition.

The 2 billion yen ($20 million) venture, Monet Technologies Corp. is meant to be running by the end of March.

It will work on on-demand vehicle services, food deliveries, data analysis and hospital shuttles with onboard medical exams, the companies said Thursday in a news conference at a Tokyo hotel.

"Many of you here may be asking why Toyota and SoftBank?" Toyota Chief Executive Akio Toyoda said of the odd-couple union of an old-style manufacturer with a relative newcomer like SoftBank.

The energy and telecoms company's past tie-ups have tended to be with overseas startups. But Softbank has also invested in leading car-sharing companies like Uber, Didi and Grab, and has acquired Arm, a leader in the Internet of Things, or IoT.

Toyoda stressed the auto industry was changing in an era of connected cars, autonomous driving, car-sharing and electric vehicles.

"We want to change," said Toyoda.

SoftBank Chairman Masayoshi Son said he was thrilled to be partnering with a top automaker on mobility and artificial intelligence, his company's expertise.

"I'm so excited just thinking about it," he said, appearing with Toyoda. The two executives praised each other profusely after the news conference.

The joint venture's services will roll out in Japan first, but a global expansion is in the works, the companies said. It's 50.25 percent owned by SoftBank, 49.75 percent by Toyota.

Automakers around the world are forming tie-ups in the race to develop the next-generation of transportation, such as self-driving cars.

Softbank is also an investor in GM Cruise. Uber has announced a partnership with Toyota.

"This may look like an unusual combination," said SoftBank's executive in charge of technology, Junichi Miyakawa. "But Japan must compete with the rest of the world. That is why we are shaking hands today." 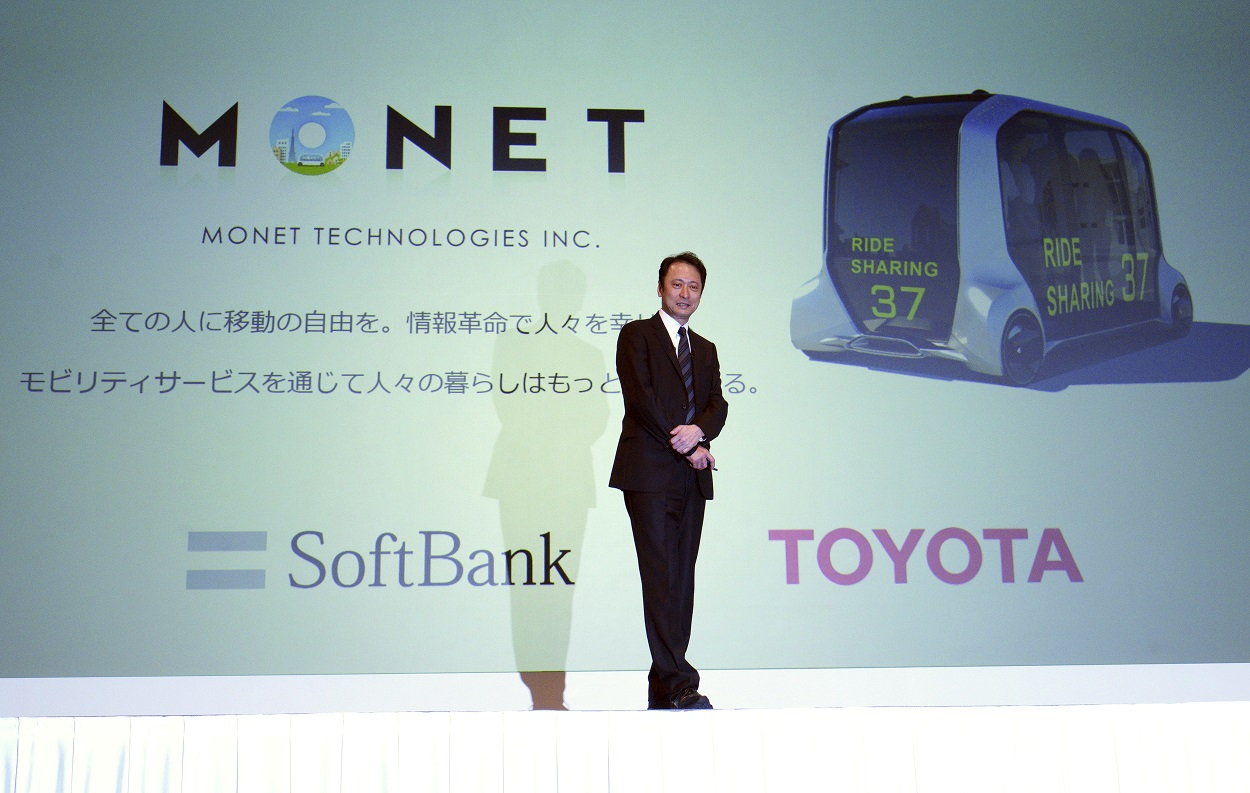