Mercedes is recalling more than 126,000 cars and SUVs in the U.S. to fix a problem that can cause the airbags to inflate without a crash. 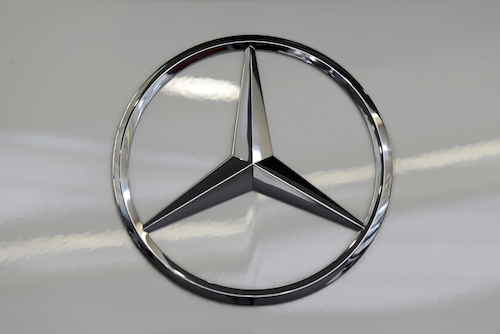 DETROIT (AP) — Mercedes is recalling more than 126,000 cars and SUVs in the U.S. to fix a problem that can cause the airbags to inflate without a crash.

Mercedes says the airbag control unit can corrode and malfunction due to a manufacturing error. That can make the airbags deploy without warning, or they might not inflate in a crash.

The company reported three unintended deployments in the U.S. and three in other countries. It was unclear if anyone was hurt.

Mercedes says in documents filed Wednesday with the National Highway Traffic Safety Administration that drivers could see a warning light if the control unit malfunctions and the airbags may not inflate in a crash. But there would be no warning to the driver of unintended deployment.

Owners will be notified by the end of 2015, but Mercedes hasn't determined when the recall will start. Dealers will inspect the control unit and replace it if needed.

It also was unclear if Mercedes would offer loaner cars to the owners until repairs can be done. A message was left Wednesday for a Mercedes spokesman.