Sales for top U.S. automakers mostly slowed in March as a report warned of rising inventories at dealerships. 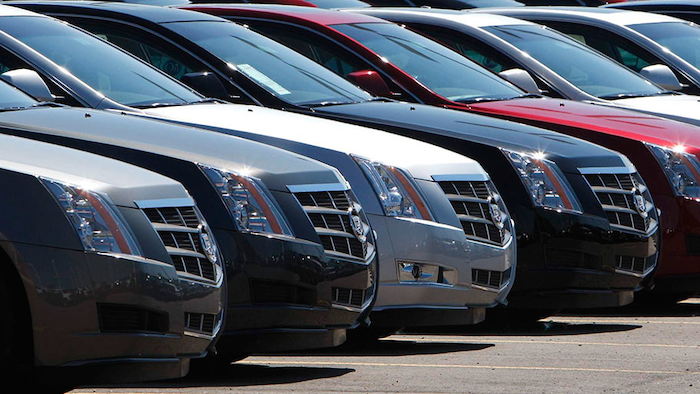 Sales for top U.S. automakers mostly slowed in March as a report warned of rising inventories at dealerships.

Those six companies comprised nearly 80 percent of the U.S. auto market in February, according to numbers from The Wall Street Journal. The Associated Press reported that overall vehicles sales declined 1.6 percent last month compared to March 2016.

The March numbers came just days after a forecast from Edmunds.com warned that vehicle inventories hit their highest level since 2004.

Although higher inventories were expected as vehicle sales remain at near-record levels, a decline in sales could prompt dealerships to offer more discounts to clear their lots -- and erode automakers' profits as a result.

So far, the problem is mostly affecting smaller cars, which struggled as consumers turned to trucks and SUVs. Carmakers welcomed that trend -- larger vehicles offer higher profit margins -- but Edmunds analysts said that inventories were beginning to increase in those segments as well.

The car-buying website said that auto sales would be flat in the first quarter of the year and were likely to fall short of 2016's sales record.

“The industry was at record levels, and now they’re starting to come off of that," Edmunds executive director of industry analysis Jessica Caldwell told Fox Business. "It makes it really hard to plan.”