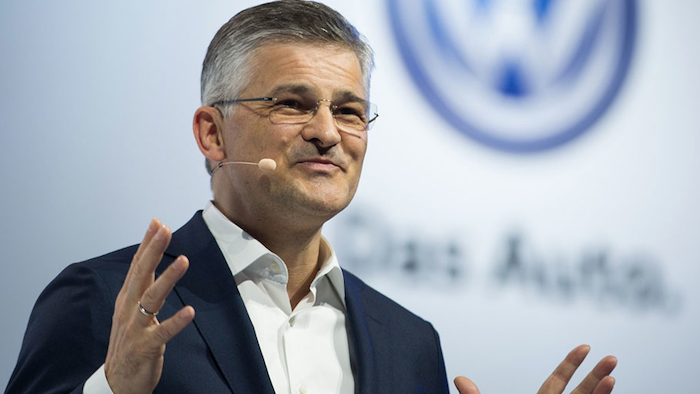 Volkswagen Group of America announced Wednesday that president and CEO Michael Horn left to pursue other opportunities "effective immediately" and that new group chairman Hinrich J. Woebcken would take over on an interim basis.

Dealers, meanwhile, were reportedly furious with the decision and blamed VW for a slew of issues in the wake of its diesel emissions scandal.

The U.S. was ground zero for the global scandal over VW diesel vehicles after regulators found that engine software was rigged to ensure lower emission levels during official testing.

The controversy hammered domestic VW sales in recent months. Horn apologized both to the public and to Congress in the weeks following the EPA announcement last fall.

The gift card plan, in particular, drew the ire of VW officials in Germany, Brown said. He also told the Associated Press that Horn clashed with company executives about its U.S. vehicle lineup and prices.

Dealers are also reportedly upset about recall plans for its diesel vehicles, which remain unresolved in the U.S. months after European regulators cleared a fix for most of the affected vehicles.

“We are troubled watching the mismanagement of this scandal from Germany and how it may impact the ultimate decisions by the authorities in the United States,” the dealers' group told The New York Times. "This change in management can only serve to put the company at more risk, not less.”