Volkswagen US Chief 'Ushered Out' Over Management Clashes

The clashes included German executives resisting the U.S. chief's plan to give diesel owners $1,000 worth of gift cards and vouchers.

Michael Horn, Volkswagen's top U.S. executive, was ushered out of his job for clashing too often with the German headquarters as he tried to keep sales afloat before and during the company's diesel emissions-cheating scandal, a top dealer said.

Horn, the U.S. president and CEO, was the automaker's public face when the scandal broke in September, calmly enduring a two-hour grilling from a congressional subcommittee.

The clashes included German executives resisting Horn's plan to give diesel owners $1,000 worth of gift cards and vouchers to buy goods at dealerships as a gesture of goodwill, said Alan Brown, head of VW's National Dealer Advisory Council.

Horn's sudden departure comes as the company faces a March 24 deadline from a federal judge to get government approval of plans to fix the polluting diesel cars. It also drew anger from U.S. dealers who fear the company will back out of promises made under Horn.

VW is negotiating with U.S. and California regulators to fix nearly 600,000 cars sold in the U.S. with software designed to cheat on emissions tests. The cars emit as much as 40 times the allowable standard for nitrogen oxide, which can cause human respiratory problems. VW has admitted the cheating and likely will have torecall most of the cars for repairs. 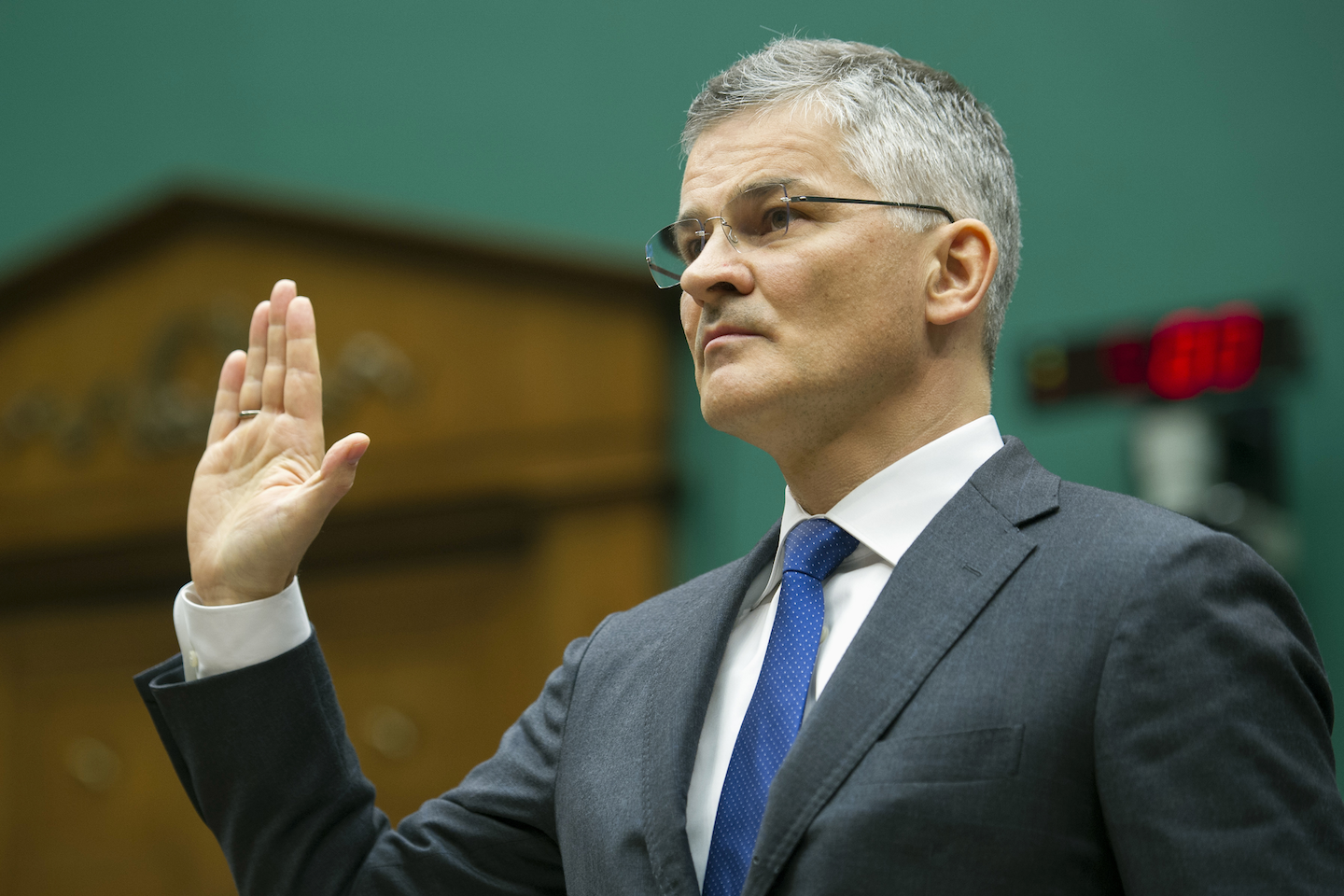 Brown, a dealer in Texas, said he was told by Herbert Diess, chairman of the Volkswagen car brand, that German management wanted to move Horn out of the U.S. but was willing to give him another top job in the company. Horn, who was upset that VW brought in an executive to be above him in North America, told VW employees that he decided to instead to leave, according to a former employee. The ex-employee, who communicates with former co-workers, didn't want to be identified for fear of retaliation. He also confirmed the clashes with management.

According to Brown, Horn also differed with superiors at VW's headquarters in Wolfsburg, Germany, about vehicles to be sold in the U.S. and what prices to sell them at. Horn wanted more SUVs and cars more suited to the American market, but his superiors often disagreed, according to Brown. "When he ran into situations like that, he would go unplugged," Brown said.

The dealer council said in a statement that during his two years on the job, Horn was able to secure commitments of better products for the U.S. and repair fractured relations with dealers "which had been eroded for decades by failed promises of success from Volkswagen AG."

Brown said the dealer network is "hanging on by a thread," and some could file class-action lawsuits over economic damage caused by VW's conduct. He warned Diess and other executives in telephone conversations not to change the product plan or commitments that Horn made to help dealers. "You start messing with that, and we have big problems," said Brown, who will meet with executives in Germany this weekend. 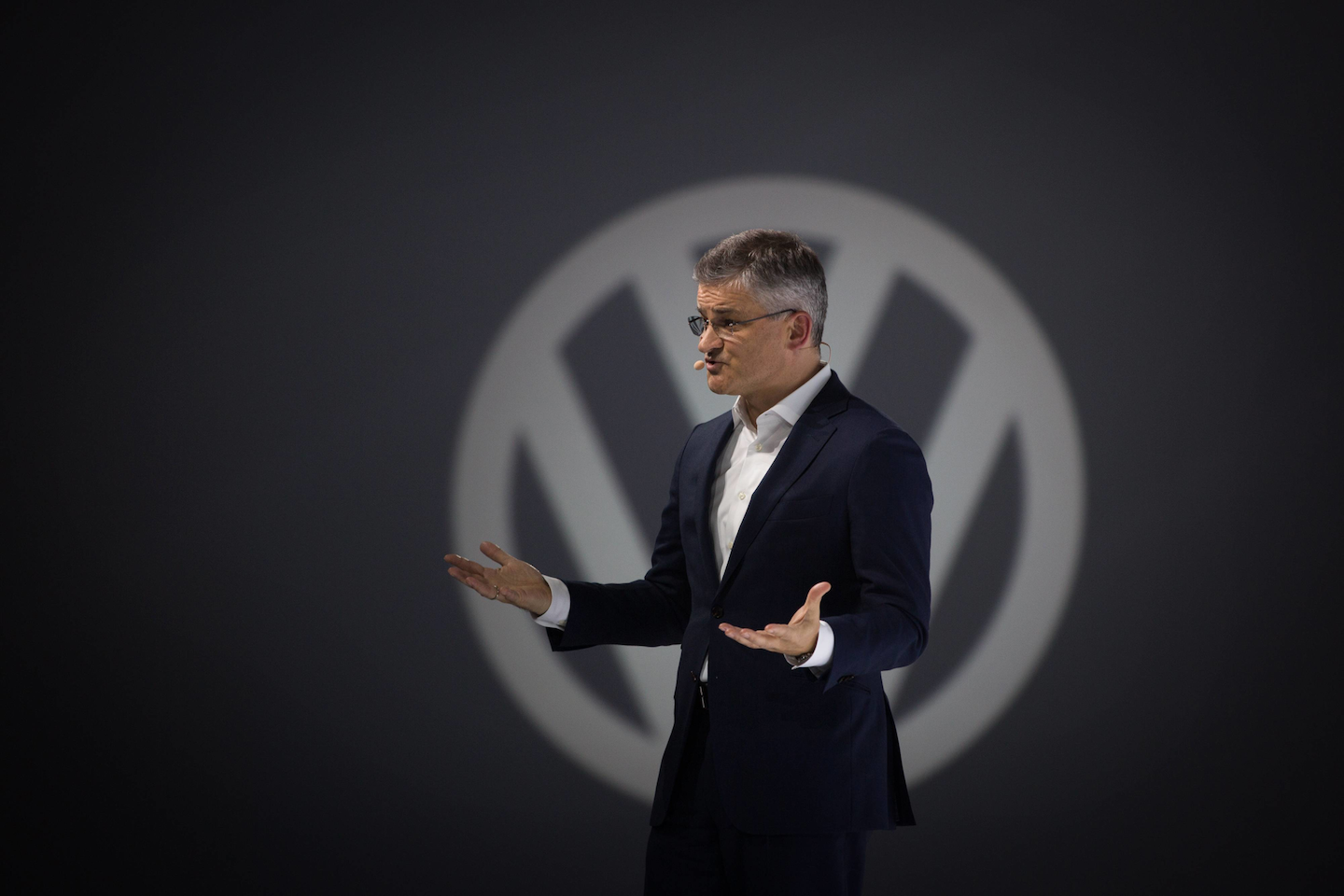 Ginivan also wouldn't say if VW will meet the March 24 deadline to have a fix in place. VW has continued to meet with regulators, but neither side has given any indication they are near agreement.

VW potentially faces more than $20 billion in U.S. fines, as well as hundreds of class-action lawsuits from angry vehicle owners. The company also is facing a U.S. criminal investigation.

Horn was sent to apologize to consumers at the congressional hearing in October. But at the same time, he told lawmakers that top corporate officials had no knowledge of the cheating software installed in 11 million diesel cars worldwide.

"To my understanding this was not a corporate decision, this was something individuals did," Horn said, adding that he felt personally deceived.