This week automakers released their U.S. sales figures of new cars and trucks for the month of November. Here’s the list of the top selling vehicles, the number sold and the percent change from a year ago. 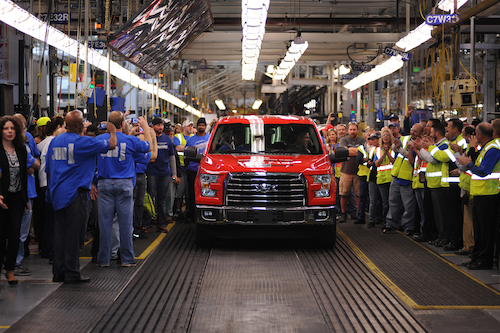 This week automakers released their U.S. sales figures of new cars and trucks for the month of November. General Motors and Fiat Chrysler sales climbed by 2 and 3 percent respectively, while Ford sales remained mainly flat with a 0.4 percent increase.

Among top foreign automakers, Nissan sales climbed 3.8 percent, followed closely by Toyota at 3.4 percent. Volkswagen reported a 25 percent decline attributed to the voluntary order to stop the sale of diesel vehicles affected by the emissions scandal.

Despite Honda’s reported 5.2 percent lower sales, the company took three of the top 10 spots for U.S. auto sales in November. Here’s the list of the top selling vehicles, the number sold and the percent change from a year ago.