General Motors Co. has another ignition switch problem that can cause engines to stall, but this time it was discovered before anyone got hurt. 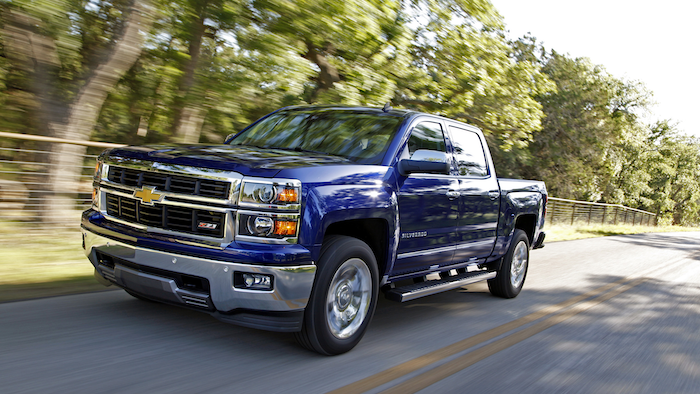 DETROIT (AP) — General Motors Co. has another ignition switch problem that can cause engines to stall, but this time it was discovered before anyone got hurt.

The automaker is recalling about 3,300 big pickup trucks and SUVs mainly in North America to fix the ignitions, which can get stuck in the "start" position and slip into "accessory" if jostled. That causes engines to shut off and disables power steering, power brakes and possibly the air bags.

The problem is similar to one last year in older GM small cars that cost the company billions and brought an admission that engineers and others knew about the trouble but didn't act to recall the cars for a decade. GM recalled 2.6 million cars worldwide such as the Chevrolet Cobalt to fix the faulty switches, which are responsible for crashes that caused 169 deaths and hundreds of injuries.

This time, an employee who owned one of the trucks had the problem and informed higher-ups through GM's new "Speak Up For Safety" program, in which workers can get rewards for reporting safety issues, spokesman Alan Adler said. The company moved quickly to recall the trucks, keeping the number relatively small, Adler said. GM had five reports of engines shutting off but no crashes or injuries were reported, he said.

The recall covers some 2014 Chevrolet Silverado and GMC Sierra light-duty pickups, as well 2015 heavy-duty pickups and the 2015 Chevy Suburban and Tahoe SUVs.

The trucks have ignition lock gears with an outer diameter that is larger than specifications, making them difficult to turn. The keys can get stuck in the "start" position at high interior temperatures, and if driven that way, it could slip into "accessory" if jostled or the cabin temperature cools, GM said in a statement issued Friday.

While the truck problem is similar to the Cobalt, Adler says the cause is different. The Cobalt switches didn't have enough resistance to keep from slipping out of the run position.