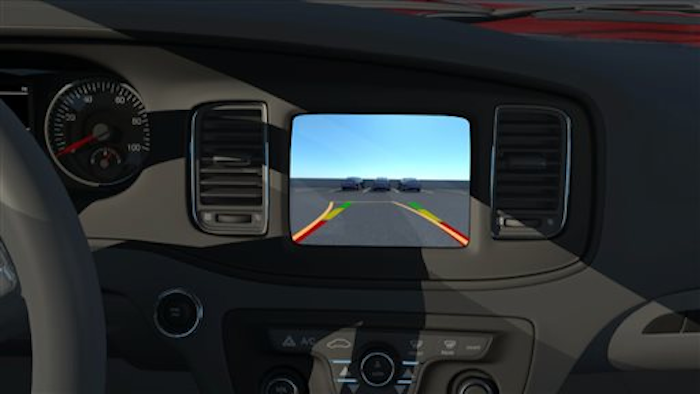 DETROIT (AP) — Adaptive cruise control has been an option on some cars for almost a decade. But in a recent national survey, 65 percent of U.S. drivers didn't know what it was.

The survey, by the University of Iowa Public Policy Center's Transportation and Vehicle Safety program, suggests big gaps in the public's knowledge about potentially life-saving features. Based on the responses, the university and the National Safety Council have developed a new Web site to teach drivers about new features, from tire-pressure monitoring systems to automatic emergency braking.

The site is one of several places that car owners and shoppers can learn about safety technology. The federal government's auto-safety website lists crash-test results and uses icons to highlight cars with recommended safety features, including lane-departure warning and forward-collision warning. The Insurance Institute for Highway Safety also explains key collision-avoidance features like automatic braking, and lists which cars have them.

Carmakers — prodded by government regulators and public crash-test rankings — are rapidly adding safety features. By 2018, for example, the U.S. will require all new vehicles to have backup cameras. But at the same time, cars are getting more reliable and lasting longer, so millions of people driving older cars may not be familiar with the latest safety options. The average vehicle on U.S. roads is now 11.5 years old — older than adaptive cruise control.

Daniel McGehee, who conducted the survey, was surprised to find that even car dealers and service department managers weren't always familiar with new safety features.

"The technology is changing so quickly they don't have a good understanding," said McGehee, the director of the Transportation and Vehicle Safety Research program.

The survey, which questioned 2,015 people last September about nine safety features, found that 92 percent of drivers had heard of anti-lock brakes, which have been common on cars since the 1980s. But only about half had heard of more recent options like lane-departure warning, which gives an audible warning or vibrates to warn drivers when the car leaves its lane, or forward-collision warning, which alerts drivers to an imminent crash.

Ninety-four percent were aware of cruise control, which keeps the vehicle at a set speed on the highway. But only about one-third had heard of its more advanced sibling, adaptive cruise control, which maintains a set speed and distance from the car ahead and can accelerate or brake on its own. It used to be a feature on luxury cars, but as radar and cameras have gotten cheaper, it's being added to mainstream vehicles like the Honda CR-V and the Mazda6.

Even features that are standard on every car caused some head-scratching. Only 55 percent of drivers were familiar with tire-pressure monitoring systems, which have been mandated by the U.S. government since 2007. The systems alert drivers, usually with a dashboard message, when one of their tires is underinflated. McGehee said drivers may not realize they have a feature like that because their tires are properly inflated.

"A lot of technologies lie in wait, but we know they are very useful when they're needed," he said.

Adding to the confusion is the fact that automakers have different names for safety features. Mercedes-Benz calls its adaptive cruise-control system Distronic Plus, for example, while Subaru packages adaptive cruise control within its EyeSight suite of safety systems. Systems also work differently; some will automatically steer drivers back into their lane if they leave it, for example, while others just give them a warning.

"This is a geeky area we're getting into," McGehee said. "We wanted to debrand the vehicles and concentrate on the concepts."

The university is now studying what kinds of questions people have about their car's features, with the goal of making a mobile manual that drivers could consult with voice commands. McGehee, an engineer who recently found himself fumbling around for the parking brake in a rental car, says the manual would let people ask things like, "Where is my parking brake?" or "How does my parking brake work?"

The University of Iowa received three grants totaling $17.2 million for the project and for future efforts, including the mobile manual. The money came from Toyota Motor Corp., which set aside $30 million for safety education programs in 2012 as part of a $1 billion class-action settlement over unintended acceleration claims.