UAW President Says He Hasn't Picked An Automaker To Target 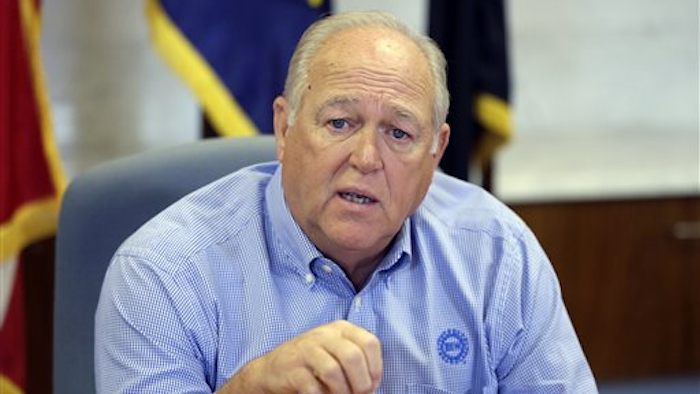 Speaking after Detroit's annual Labor Day parade, Williams didn't address whether the contracts would be extended and gave no details about how the talks that cover about 140,000 workers are progressing.

"Everybody says to me 'Dennis, have you picked a target?' Yes. General Motors, Ford and Chrysler," Williams said to applause during a post-parade speech. But afterward he told reporters that he would choose a single company by the time the current four-year contracts end.

This year's talks are expected to be the most contentious in years because all three companies are healthy and making money. The union wants a piece of the profits in the form of hourly pay raises for longtime workers who haven't had one in a decade. It also wants to close the gap between entry-level workers who make about half the $29 hourly wage of veteran employees.

But companies want to cut labor costs to stay competitive with foreign automakers. All but Fiat Chrysler have costs that are higher than foreign companies with U.S. factories, according to the Center for Automotive Research. Companies want to stick with profit-sharing instead of increasing hourly labor costs. During the past four years, workers at all three companies have gotten healthy annual checks.

Williams has said he doesn't want a strike, but unlike four years ago, the union can stop work at any of the three companies. In 2011, strikes were prohibited at GM and Chrysler under the terms of their government-funded bankruptcies.