The federal government wants to get autonomous vehicles on the road more quickly, and says it will fast-track policies and possibly even waive regulations to do it. 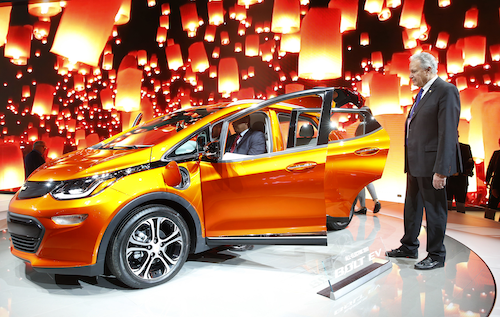 DETROIT (AP) — The federal government wants to get autonomous vehicles on the road more quickly, and says it will fast-track policies and possibly even waive regulations to do it.

U.S. Department of Transportation Secretary Anthony Foxx — surrounded by representatives from General Motors and Ford as well as Google and Tesla — said Thursday that the National Highway Traffic Safety Administration will spend the next six months developing guidance for automakers on what's expected of self-driving prototype cars and what sort of tests should be used to make sure they are safe.

The agency also will develop a model policy for states to follow if they decide to allow autonomous cars on public roads. That policy could eventually lead to consistent national regulations for autonomous cars. Right now, individual states like California, Florida and Nevada have their own regulations.

Seven states and Washington D.C. allow autonomous vehicle testing on their roads, according to the National Conference of State Legislatures. The federal government isn't predicting when autonomous cars will be on public roads in big numbers, but Google and others have said they could be in use in limited areas by 2020.

Foxx said the government believes self-driving vehicles could eventually cut traffic deaths, decrease highway congestion and improve the environment. He encouraged automakers to come to the government with ideas about how to speed their development.

He even encouraged automakers to ask for exemptions of its rules as long as they don't impact safety. As an example, Foxx said BMW AG asked the government whether an autonomous parking feature on some of its vehicles complied with rules requiring the brakes to be activated before a car is shifted out of park.

With BMW's feature, the driver shuts off the engine and exits the car, then activates park assist with the key fob. Foxx said that NHTSA told BMW Thursday that the feature was allowed.

"In 2016, we are going to do everything we can to promote safe, smart and sustainable vehicles. We are bullish on automated vehicles," Foxx said during an appearance at the North American International Auto Show in Detroit.

Bryant Walker Smith, a law professor at the University of South Carolina and an expert on the legal issues surrounding self-driving cars, said the government's action is aggressive and ambitious. He said regulators are following the example of Europe, which has exempted autonomous cars from certain regulations in order to speed their development.

But safety advocates wondered if the agency is getting too cozy with the auto industry when it comes to technology regulations.

"While it is important for DOT to be knowledgeable about new technologies, primarily ones as dramatic as self-driving vehicles, DOT should independently develop data and information, not rely mostly on the regulated industry to call the shots," said former NHTSA Administrator Joan Claybrook.

California's Transportation Secretary Brian Kelly said he welcomed the news and will work with NHTSA "to encourage innovation."

The state has upset Google by continuing to require a steering wheel, brake pedals and a driver in each self-driving car being tested. The company wants to test without drivers and would like state regulations to be uniform.

Such guidelines "could be a really helpful framework for the rollout of this technology," said John Krafcik, CEO of Google's autonomous car project.

Foxx said President Barack Obama's budget would provide $4 billion over the next decade for programs to test connected vehicles. Some vehicles already on the road can communicate with each other, or with traffic lights or stop signs, through cellular signals. Eventually, that could prevent accidents, since vehicles could warn each other before they crash at an intersection.