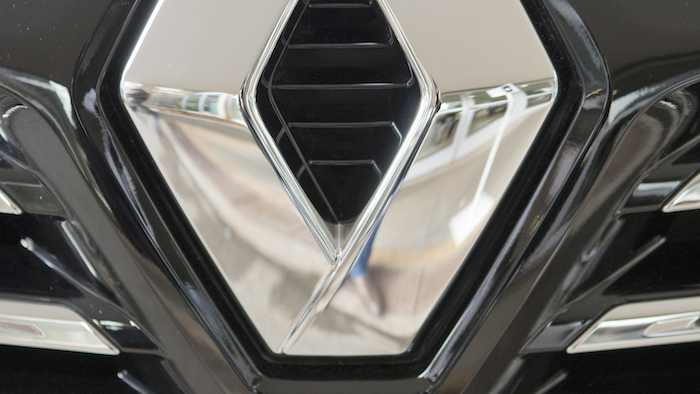 Shares in Renault dived Thursday after French anti-fraud units conducted searches at the carmakers' facilities, prompted by the Volkswagen emissions scandal. They then recovered somewhat after the company said tests had not found any emissions-cheating software.

An official with the French Finance Ministry's anti-fraud unit said it had conducted raids on Renault last week but would not elaborate on why. The official was not authorized to be publicly named.

Renault issued a statement saying the raids were linked to random tests of 100 cars that French authorities are carrying out to see if they are equipped with software of the kind found in Volkswagen cars last year. In Volkswagen's case, the software helped the cars cheat on diesel emissions tests in the U.S.

Renault said no such devices have been found on the four Renault vehicles checked so far, calling that "good news" for the company as it tries to further reduce emissions from its vehicles.

French Environment minister Segolene Royal confirmed that no cheating software has been found on a Renault or on any other vehicle — French or foreign — that has been tested. Only Volkswagen cars have been found to have it.

She said the tests showed gas emissions of Renault cars and some foreign models exceed some gas emissions standards. She did not specify the name of the other manufacturers.

The French government announced the random tests on about 100 cars in September. The tests are carried out by a special commission with access to factories and software.

Renault will address the commission next week to detail the measures it will take to make gas emissions fit with the standards, Royal said.

Authorities in other countries, from the U.S. to Germany, are likewise testing a broad range of car models to see if they have the same cheating software as Volkswagen.

Peugeot shares also tumbled Thursday, amid apparent suspicions that they were being targeted, too. PSA Peugeot-Citroen issued a statement saying it had not been raided by anti-fraud authorities and that the French government tests on Peugeot-Citroen cars had found no anomalies.

The merger of PSA Peugeot and Fiat Chrysler creates the fourth-largest auto company in the world.
Jan 18th, 2021
Follow Us
Most Recent