VW's CEO Matthias Mueller said the company has agreed with regulators not to discuss the next steps in public. 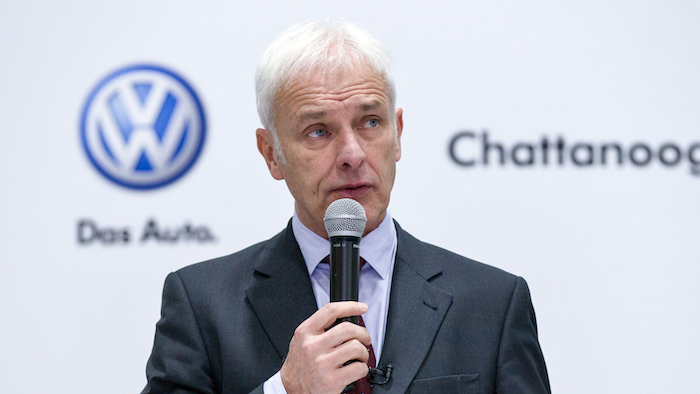 Volkswagen CEO Matthias Mueller told workers at the German automaker's lone U.S. plant in Tennessee that recovering from a diesel emissions cheating scandal "won't be a walk in the park," but that the company is committed to turning around its prospects in what he called a core market.

Mueller spoke to workers Thursday, one day after meeting with Environmental Protection Agency Administrator Gina McCarthy about the company's efforts to bring diesel cars into compliance with U.S. law. Volkswagen was forced to admit last year that about 600,000 vehicles were sold with illegal software designed to trick government emissions tests.

"We've made a mistake, and we have to fix this mistake," Mueller told The Associated Press after the speech on the floor of the Chattanooga factory.

"Because it's so complicated, it takes a little time," Mueller said in the interview conducted in German. "I understand the impatience that exists. I'm impatient, too. I'd also like a faster solution, but we have to proceed with care."

Mueller said the company has agreed with regulators not to discuss the next steps in public.

In Detroit on Wednesday, EPA Director of Transportation and Air Quality Christopher Grundler said VW's proposed fixes fell short "in a lot of different areas," and the discussions are continuing.

Grundler wouldn't get into specifics, but said the agency and the California Air Resources Board are insisting on expeditious repairs that won't have an adverse effect on owners. 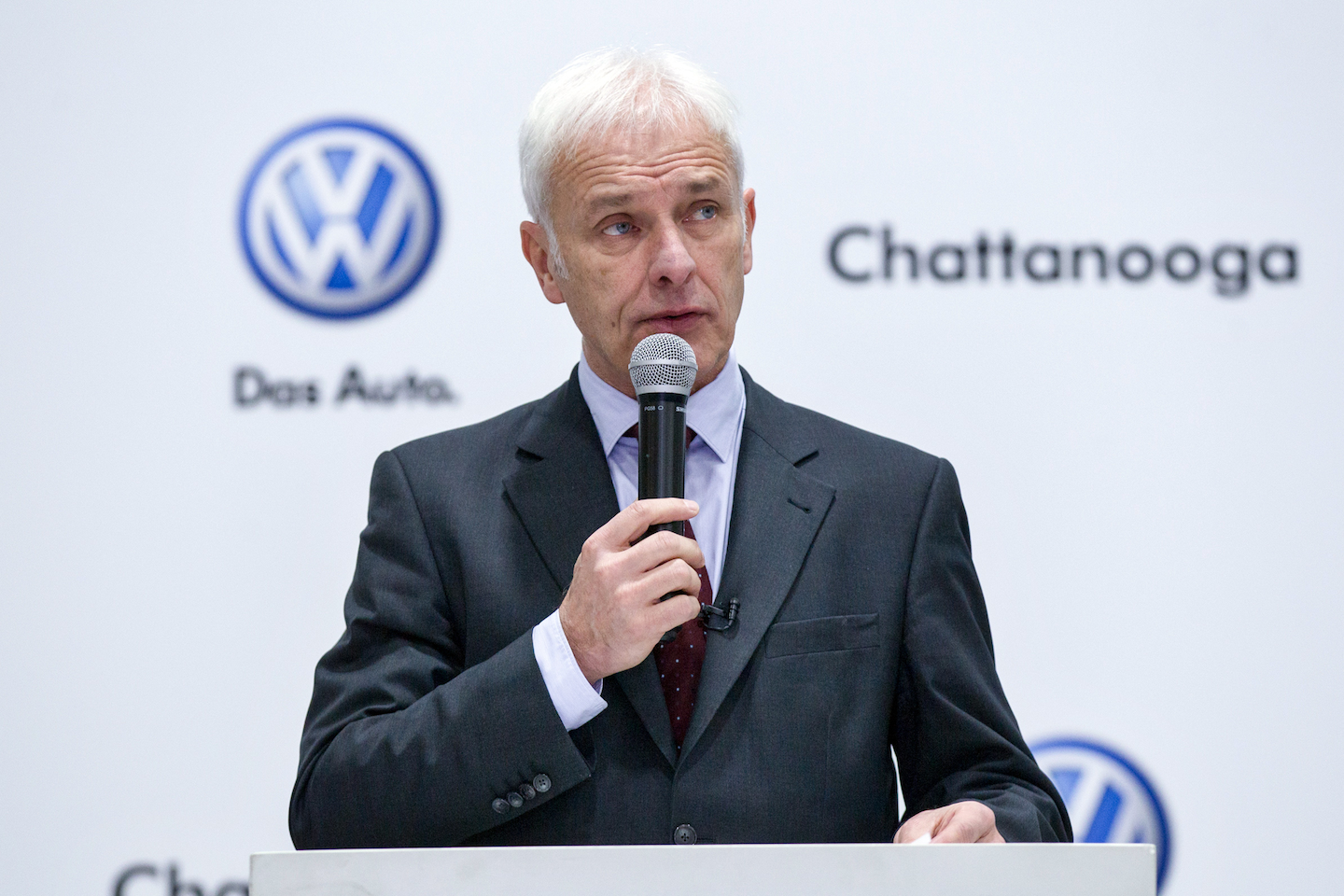 Volkswagen has two main options in trying to bring its diesel cars into compliance. It can install a bigger exhaust system to trap harmful nitrogen oxide, or it can retrofit a chemical treatment process that cuts pollution.

The bigger exhaust will likely hurt performance and gas mileage. But the chemical treatment, while saving acceleration and mileage, needs a clumsy storage tank and multiple hardware changes to work. In either case, almost a half-million cars would have to be recalled for the repairs.

Experts say both options will be expensive, perhaps so costly that it will be cheaper to buy back some of the older models. Mueller was unwilling to speculate on what specific steps Volkswagen will take.

"I don't want to get ahead of any decision," he said. "Our responsibility is to find the best possible solution for our customers and for the environment, so we can move confidently into the future."

Mueller told workers the company is working to "win back trust" with customers in the U.S. and around the world.

"It's not only our cars we have to fix," he said. "We have to repair our credibility, too. This won't be a walk in the park."

Volkswagen is placing great hope in the new midsized SUV that the Chattanooga plant is scheduled to begin producing at the end of the year. It's part of what Mueller called the company's "largest ever SUV offensive for this market."

Mueller took the helm of what had become the world's No. 1 automaker after his predecessor resigned amid revelations of the emissions cheating scandal last year. Mueller said the crisis has presented an opportunity to overhaul Volkswagen's governance by giving more autonomy to managers of the company's brands and regions.

A new engineering center being established in Chattanooga will help meet that goal for the U.S. market, he said.

"In a nutshell, Volkswagen here in the U.S. needs to become more American again," Mueller said.

Tesla is balking at the suggestion.
Jan 14th, 2021
Follow Us
Most Recent