A Harvard University forum is examining how a recent death linked to self-driving technology is causing concern about safety. 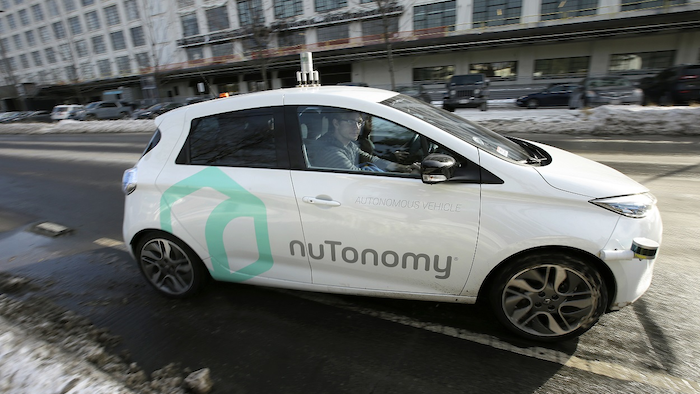 In this Tuesday, Jan. 10, 2017, file photo, an autonomous vehicle is driven by an engineer on a street in an industrial park in Boston. Image credit: AP Photo/Steven Senne, File

A Harvard University forum is examining how a recent death linked to self-driving technology is causing concern about safety.

Friday's panel discussion at Harvard's T.H. Chan School of Public Health is exploring whether the field is advancing too quickly.

Some experts are pointing to the March death of a pedestrian struck by a self-driving Uber vehicle in Tempe, Arizona, as cause for serious safety concern. It was the first death involving a fully autonomous test vehicle.

Current federal regulations have few requirements specifically for self-driving vehicles, leaving it for states to handle.

Participants will include Deborah Hersman, president and CEO of the National Safety Council, and John Leonard, vice president of research at the Toyota Research Institute. Toyota has been working with Uber on driverless systems.