Marchionne has engineered the spin-offs of CNH Industrial and Ferrari during a 13-year tenure that also included the merger with U.S. carmaker Chrysler. 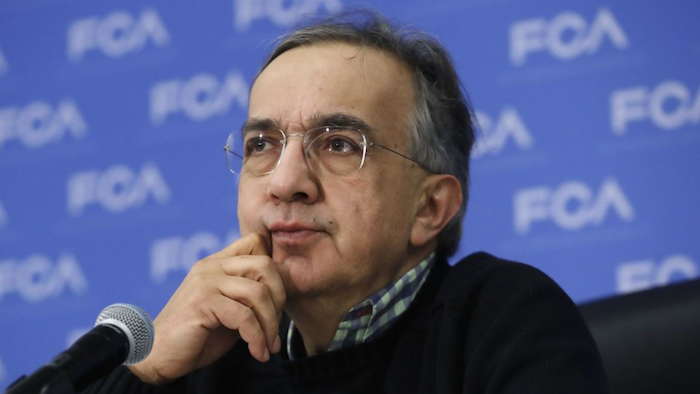 Fiat Chrysler CEO Sergio Marchionne will make a final strategic plan presentation before handing over the reins next year, and told investors on Thursday that it would take into account whether to spin off any part of the business.

Marchionne has engineered the spin-offs of CNH Industrial and Ferrari during a 13-year tenure that also included the merger with U.S. carmaker Chrysler.

Following the logic that has guided previous moves, Marchionne told analysts that the best way to get shareholder value is to "purify the portfolio."

"If they are viable enough and large enough and sufficiently capable of carrying on their activities," businesses should get their own space as companies, he said.

The markets have speculated that Maserati and Alfa Romeo could be potentially spun-off, but Marchionne suggested that the complexities facing the industry, including the move toward electrification and autonomous driving, would make that challenging.

"There is too much stuff going on," he said. "If things had not moved on technologically as fast as they have in the last five or six years, I would have probably had a more benign view."

The 65-year-old CEO, who was tapped by the stake-holding Agnelli family to turn around the failing Fiat car company in 2004, plans to hand over the reins to someone chosen from inside the company before 2019, but he discouraged speculation on who that might be.

Marchionne said he would have no role in the day-to-day operations of the company after he steps down, although he expects to continue on the board of the Agnelli family's Exor investment holding company.

"In terms of the running of FCA, once I have finished my mandate as CEO I am done," Marchionne told a conference call, saying he has been working to groom a successor. "I have zero doubt in my mind that the person who will succeed me will be as capable, if not more capable, than I am."

Among Marchionne's recent market strategies has been to focus on building higher-margin premium cars in Italy for export, while shifting U.S. production toward trucks and SUVS and away from passenger cars. Both trends were reflected in second-quarter earnings.

Fiat Chrysler's premium strategy helped offset a slowdown in North America during the production transition period, with second-quarter profits tripling on booming Maserati sales and higher revenues in all other regions.

The Italian-American carmaker reported net profit of 1.15 billion euros ($1.35 billion) in the three months ended June 30, up from 321 million euros a year earlier.

U.S. revenues dropped 2 percent to 1.3 billion euros while international revenues rose across the board, with Europe profits jumping by 40 percent to 200 million euros.