General Motors plans to start selling a Chinese-manufactured Buick SUV in the U.S. starting next year. 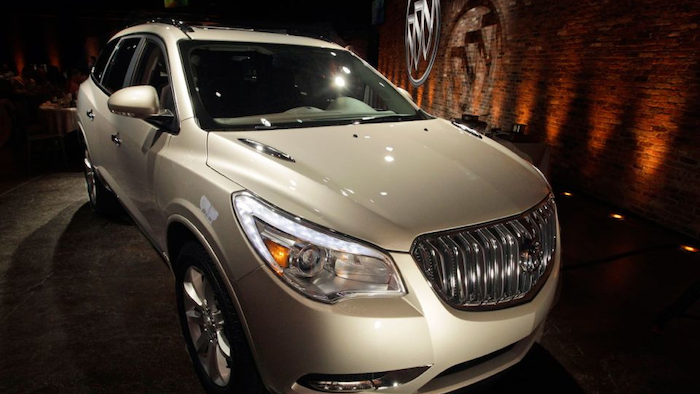 General Motors plans to start selling a Chinese-manufactured Buick SUV in the U.S. starting next year.

The company said Friday the Envision midsize SUV will be built at a factory in Yantai, China, that's part of Shanghai-GM, a Chinese joint venture.

GM says the Envision will meet high quality and safety standards set for the Buick brand. Spokesman Patrick Morrissey says it's not economically feasible to build the SUV in another country at current sales projections. GM expects to sell three-quarters of the SUVs in China.

Morrissey says the Envision was designed in Michigan, and importing it from China helps GM respond quickly to customer demand.

The Envision will be the third SUV for the struggling Buick brand, and will fall between the subcompact Encore and the full-size Enclave SUVs. Buick's U.S. sales fell 3 percent through November even though overall U.S. auto sales were up 5.4 percent, according to Autodata Corp.

Duncan Aldred, vice president of Buick and GMC sales, said the Envision will be an important addition and help Buick in the fast-growing crossover SUV market. SUVs now make up 60 percent of Buick sales in North America, he said in a statement.

The Envision is GM's first import from China, but not the first for an automaker. Earlier this year Volvo began importing a stretched version of the S60 sedan.