Study: VW Emissions Scandal Will Contribute To 60 US Deaths

The study also said the emissions will directly contribute to 34 hospital admissions. 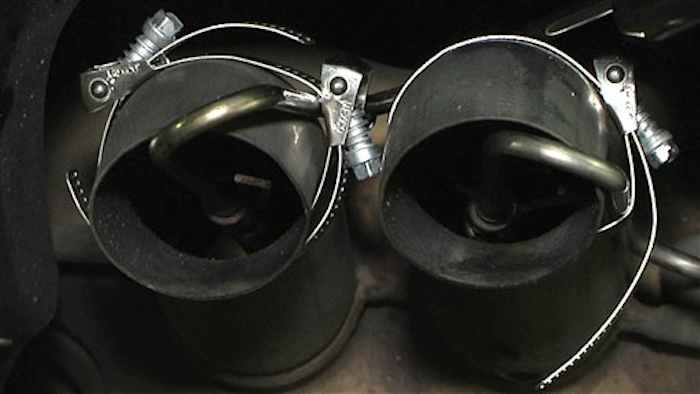 A new study by Massachusetts Institute of Technology and Harvard University researchers found that Volkswagen's cheating on emissions tests will contribute to 60 premature deaths in the U.S. alone.

The report, published in the journal Environmental Research Letters, multiplied the excess pollution by the number of affected VW vehicles and the estimated number of miles those cars would be driven.

Scientists then accounted for population distributions, health risk factors and the movement of nitrogen oxides in the atmosphere.

The study said that the emissions scandal, to date, will directly contribute to 60 Americans dying 10 to 20 years prematurely, along with 31 cases of chronic bronchitis and 34 hospital admissions involving respiratory and cardiac conditions.

“We all have risk factors in our lives, and [excess emissions] is another small risk factor,” said MIT's Steven Barrett.

The Environmental Protection Agency announced last month that Volkswagen installed software to manipulate emissions levels during officials testing of nearly 500,000 vehicles in the U.S. Some 11 million vehicles were equipped with the software worldwide.

The MIT and Harvard report added that the scandal would contribute to 120,000 restricted activity days — including work absences — and 210,000 respiratory symptom days. Health care expenses and other social costs attributed to the excess emissions would total $450 million.

The study said that another 140 people would die early in the U.S. if those VW cars stayed on the road. If they are recalled by the end of 2016, however, 130 additional early deaths could be avoided and future costs could be curbed by up to $840 million.

Researchers said that they hoped to help auto regulators better evaluate the problem.

“It seemed to be an important issue in which we could bring to bear impartial information to help quantify the human implications of the Volkswagen emissions issue,” Barrett said.