A statement from union officials said the push is unrelated to VW's emissions scandal. 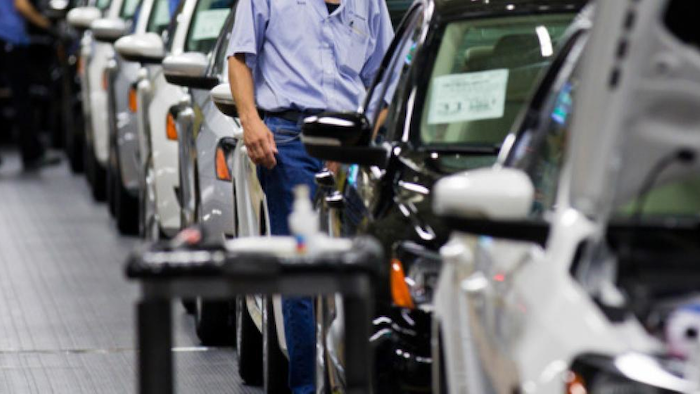 Maintenance workers at Volkswagen's lone U.S. plant in Tennessee are seeking a new election on union representation by the United Auto Workers.

Under the filing with National Labor Relations Board on Friday, the election on exclusive bargaining rights would only apply to the about 165 "skilled trade" workers at the plant.

Union officials told The Associated Press in a statement that the renewed collective bargaining push by the subset of its Local 42 is unrelated to VW's diesel emissions cheating scandal.

"We have said from the beginning of Local 42 that there are multiple paths to reach collective bargaining," Gary Casteel, the secretary-treasurer of the UAW, said in the statement. "We have been considering this option for some time. All options have been, and will remain, on the table."

The UAW was defeated on a 712-626 vote in a union election at the Chattanooga plant last year after an acrimonious campaign, falling short of efforts to organize workers at its first foreign-owned auto plant in the South.

The UAW has since said its Local 42 has gained the membership of a majority of the blue-collar workers in Chattanooga and has been recognized for the top tier of a Volkswagen labor policy that stops short of collective bargaining rights.

"Volkswagen's policy in Chattanooga was a gesture, and our local union has engaged accordingly," Casteel said. "At the end of the day, the policy cannot be a substitute for meaningful employee representation and co-determination with management."

A rival labor group called the American Council of Employees has said in federal filings that it has signed up 381 members among both hourly and salaried employees in its efforts to keep the UAW at bay.

The UAW's filings say the union has signed up 816 members, or 55 percent of the blue collar workforce at the plant.

A Volkswagen spokesman did not immediately return a message seeking comment about the new filing. It comes less than a week before Tennessee lawmakers hold a hearing in Chattanooga about the state's incentives granted to the German automaker in light of the emissions scandal.

Those hearings have been pushed by Republican state Sen. Bo Watson of Chattanooga, who has criticized Volkswagen for not doing more to prevent the union from gaining a foothold at the plant.

Watson and other Republicans, such as U.S. Sen. Bob Corker and Gov. Bill Haslam, have warned that UAW representation at the plant would chase away other automakers who might come to the region.