Winterkorn resigned as VW CEO on Sept. 23 after news of the emissions scandal broke. 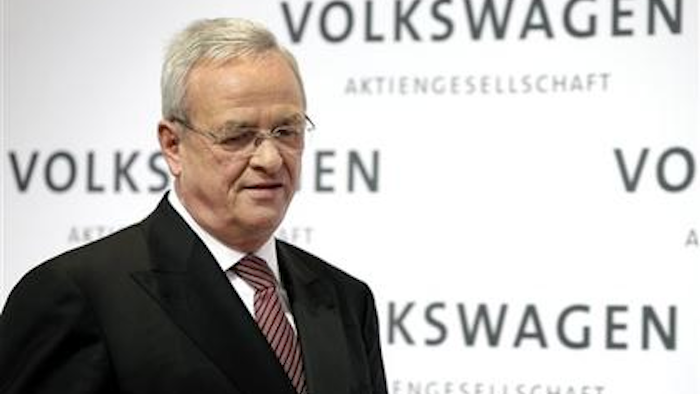 Former Volkswagen CEO Martin Winterkorn is stepping down as head of a holding company that technically controls a majority in the German automaker, weeks after his resignation in the wake of the emissions-rigging scandal.

Porsche Automobil Holding SE, via which the Piech and Porsche families own more than 50 percent of Volkswagen, said in a brief statement Saturday that it "reached an agreement with Prof. Dr. Martin Winterkorn that he ceases his function as member and chairman of the executive board of Porsche SE by the end of Oct. 31."

Winterkorn will be replaced as the holding company's CEO Nov. 1 by Volkswagen's new supervisory board chairman, Hans Dieter Poetsch.

Winterkorn's departure as head of the holding company was expected after he quit last month as CEO of the automaker, a few days after news broke of the scandal over software built into diesel engines that disabled emissions controls except when they were being tested.

Winterkorn resigned as VW CEO on Sept. 23, saying he was acting in the interests of the company "even though I am not aware of any wrongdoing on my part." He was succeeded in that job by former Porsche CEO Matthias Mueller.