Ford To Invest $1.8B In Research To Attract Chinese Drivers

Automakers are stepping up investment despite a sharp downturn in sales this year. 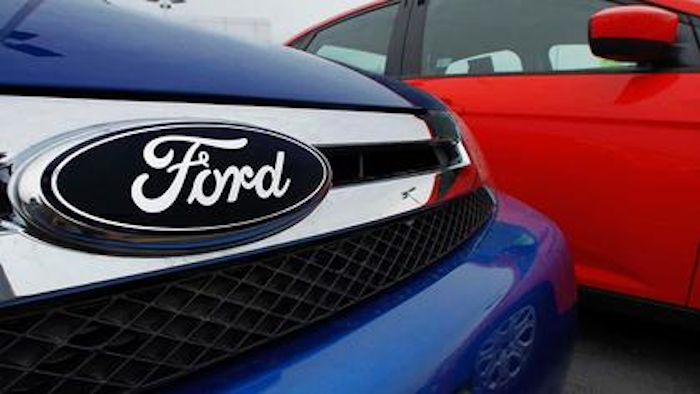 The American automaker said Monday it will expand its research and development center in the eastern city of Nanjing and work on autonomous driving, smartphone connectivity, more efficient powertrains and other technologies.

Global automakers see China as a key source of sales growth and are spending heavily to appeal to Chinese tastes. Some have broken with a strategy of selling the same models worldwide and are creating China-only vehicles.

Automakers are stepping up investment despite an unexpectedly sharp downturn in sales this year. In July, General Motors Co. announced a $5 billion initiative with its main Chinese partner to develop vehicles to be sold in China, Brazil, India and Mexico.

Auto sales in China declined in August for a third straight month, contracting by 3.4 percent from a year earlier to 1.4 million vehicles. Ford's August sales declined by 3 percent to 79,608, while year-to-date sales were off 1 percent at just over 700,000.

Demand has been hurt by congestion in Beijing, Shanghai and other major cities that has made car ownership less attractive and by official efforts to curb traffic and smog by limiting the number of new vehicle registrations.

Ford said features it hopes to offer in China include introduction next year of SYNC 3, a system that allows hands-free control of phones, entertainment, climate control and navigation.

Ford said it will add a vehicle test center in Nanjing, expanding its ability to develop products in China.

The company has 10 manufacturing facilities in China. The Nanjing Research and Engineering Center employs 1,900 people and is one of eight global product development centers.

In April, Ford and a local partner said they would spend $1.1 billion on a factory in China's northeast.