Workers said they voted "no" because the deal didn't give lower-tier workers a path to top wages. 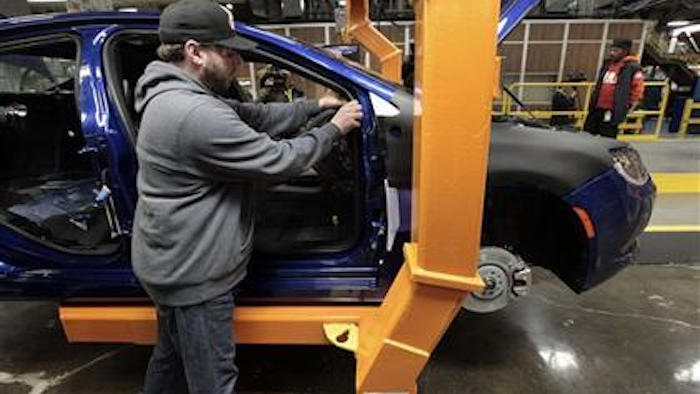 United Auto Workers union members have rejected a proposed contract with Fiat Chrysler in a rebuke of union leaders who had praised the deal.

Late Wednesday, members at the last plant to vote in Belvidere, Illinois, turned down the contract. The local union's website says 65 percent of the 2,980 workers who voted were against it. Members at large assembly plants in Toledo, Ohio, and Sterling Heights, Michigan, also rejected the pact in voting Tuesday. Only a handful of local unions voted in favor.

A UAW spokesman said final results would be released on Thursday.

UAW leaders summoned local presidents and bargainers to a meeting in Detroit on Thursday to decide the next move. Fiat Chrysler's 40,000 union workers could go on strike, continue bargaining with the company or shift their focus to General Motors or Ford. Union workers at all three companies have stayed on the job under contract extensions since Sept. 14.

A Fiat Chrysler spokeswoman would not comment Wednesday night.

The union reached a tentative agreement with the company two weeks ago that includes pay raises, the potential for increased profit sharing and a $3,000 signing bonus. But some members objected because the raises don't bring an end to a two-tier wage structure in which workers hired after 2007 are paid less than veteran employees. The contract also allows the company to shift some car production to low-wage Mexico, replacing it with new trucks and SUVs that carry higher price tags to cover higher U.S. wages.

Workers said they voted "no" because the deal didn't give lower-tier workers a path to reaching the top wage of $28.50 per hour. They also said the contract doesn't cap the number of second-tier workers. The UAW agreed to allow lower pay for entry-level workers in 2007 when Detroit automakers were struggling financially. About 45 percent of FCA's workers are paid the lower wage, while GM and Ford can't exceed 20 to 25 percent.

Under the deal, pay for entry level-workers would top out at $25.35 per hour after three years, up from the current $19.28. Top-tier workers hired before 2007 would go from $28.50 per hour to $30 per hour during the four-year contract. They haven't had raises in more than a decade, although they have received profit-sharing checks.

When the deal was announced, UAW President Dennis Williams and FCA CEO Sergio Marchionne praised each other. Williams said the deal met the union's goals but still keeps Fiat Chrysler competitive with other automakers. He told reporters he had three goals for the contract: giving entry-level workers a path to higher pay, rewarding members for sacrifices they made while Fiat Chrysler struggled financially, and dealing with escalating health care costs.