An Alabama company that made a tractor-trailer hitch involved in a deadly Ohio crash last year is bowing to government pressure. 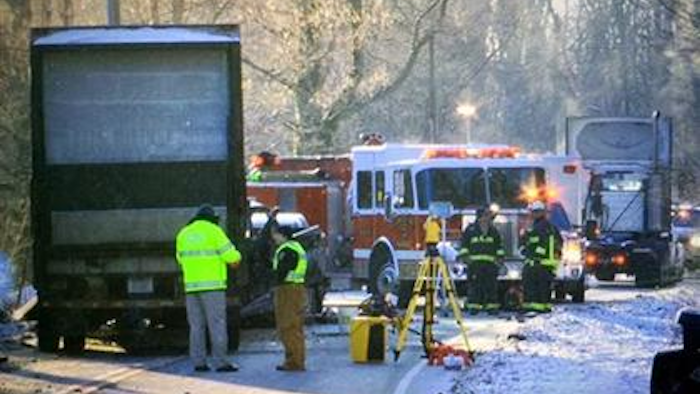 An Alabama company that made a tractor-trailer hitch involved in a deadly Ohio crash last year is bowing to government pressure and will recall 6,800 hitches.

Fontaine Fifth Wheel of Trussville, Alabama, agreed to the recall in August, according to documents posted Thursday by the National Highway Traffic Safety Administration.

The safety agency began investigating the hitches in June, 17 months after a 12-ton semi-trailer came loose from its tractor and plowed into oncoming traffic near Cincinnati. Two men driving pickup trucks were killed in the crash on a twisty, snow-lined hill along U.S. 50.

Fontaine said in documents filed with the agency that the hitch locking mechanisms can be damaged over time by truck operators who don't follow proper coupling and maintenance procedures. The hitches are designed to lock a pin from the trailer in a hole and hold it while the truck is moving. But the documents say "cumulative damage" can cause the hitch lock to malfunction or even fail.

Fontaine will replace the defective hitches with a different model that has a different locking mechanism. It stopped making the suspect hitches in 2013.

In documents, the company, which is part of Warren Buffett's Berkshire Hathaway Inc., said that the recalled hitches were sold to Daimler, Volvo, Mack, Navistar, Kenworth and Peterbilt.

Messages were left Thursday seeking comment from a Fontaine spokesman. NHTSA spokesman Gordon Trowbridge wouldn't say if the recall would cause the agency to halt its investigation.