The hybrid and electric car partnership agreed never got off the ground and unraveled into a public feud. 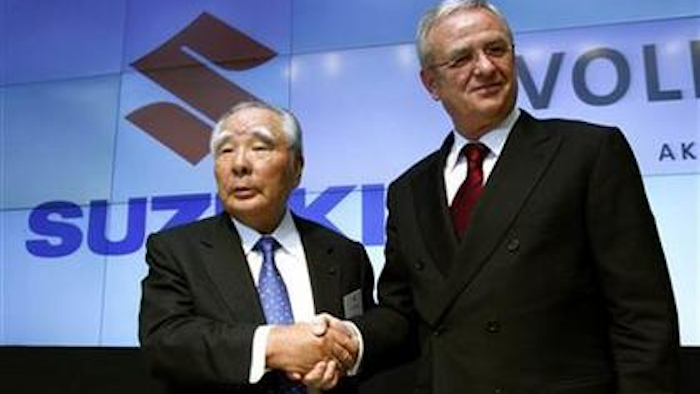 Volkswagen AG and Suzuki Motor Corp. say an arbitration tribunal has formally put an end to a failed alliance between the two companies to develop green cars, and Suzuki will buy back the 19.9 percent stake that Volkswagen held.

The hybrid and electric car partnership, agreed to in 2009, never got off the ground and unraveled into a public feud. Suzuki decided in 2011 to dissolve the alliance and started arbitration proceedings to get Volkswagen to dispose of its Suzuki stake.

Both companies said Sunday that an International Chamber of Commerce tribunal determined that Suzuki gave valid notice of termination and that Volkswagen must sell its shares.

They also said it found that Suzuki breached the companies' agreement and Volkswagen said it reserves the right to seek damages.