One thing’s for sure though: The global auto industry is definitely going green. 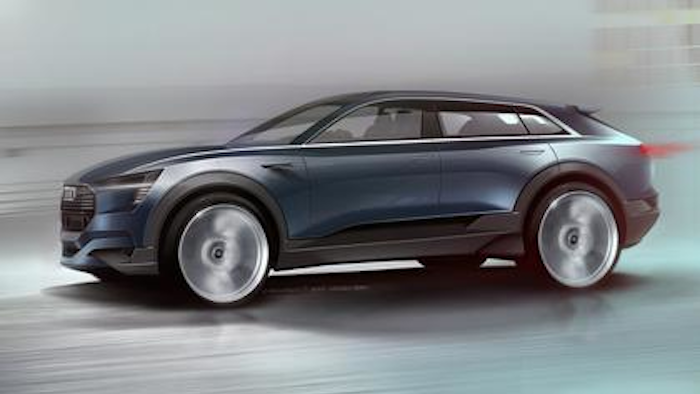 This week the Internet has been abuzz with all the digital chatter about next week’s big event: the Frankfurt Auto Show.

Not only is this 10-day event the world’s largest car show, but it also displays what just might be the future of the global car industry. This year, for instance, automakers will show-off fleets of electric and hybrid vehicles.

But the one car that has piqued everyone’s interest is Audi’s new, all-electric SUV called the e-torn quattro. This luxury vehicle isn’t just sleek and sporty in style, but it also happens to have a battery range of about 310 miles — an impressive start considering this is Audi’s first large-series electric car.

Like Tesla’s Model X, Audi designed the e-tron quattro SUV concept from the ground up as an electric vehicle. Audi’s version, however, will probably be driven by a trio of motors, all of which will be powered by a large lithium-ion battery pack.

It’s too soon to say but, with the preordered Model X set to hit roads this fall, Tesla will have at least two years to gain some market traction before its Audi rival goes into production.

One thing’s for sure though: The global auto industry is definitely going green.