Guardrail Maker To Pay $663M For Not Revealing Design Change 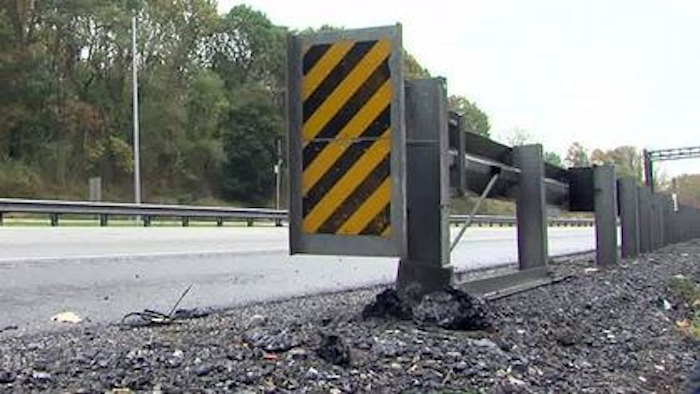 A federal judge ordered a Texas company to pay $663 million in damages for failing to tell the government about design changes to highway guardrails that critics say made the systems more dangerous.

A Trinity competitor in Virginia sued the company on behalf of the government and will receive $199 million plus attorney fees.

A jury in Marshall, Texas, decided last October that Trinity defrauded the government by failing to tell regulators about changes to its ET-Plus guardrails, which are designed to fold up when hit by a car, reducing the chance of death or injury to car occupants.

But Joshua Harman, the competitor in Virginia, said that the design change turned the guardrail ends into lethal spears that could impale cars. Trinity says they are safe.

Jurors said Trinity should pay at least $175 million. U.S. District Court Judge Rodney Gilstrap ordered both sides into mediation, but that failed to produce a settlement. On Tuesday, the judge tripled the jury's award and added $138 million in penalties for false claims.

The judge said Harman should get a whistle-blower bounty equal to 30 percent of the $663 million award, or $199 million, plus another $19 million for attorney fees and expenses, bringing Trinity's payments to $682 million. The federal government, which did not join in suing Trinity, will get $464 million.

A spokesman for Trinity Industries said the award should be thrown out.

"We believe the evidence clearly shows that no fraud was committed," said the company spokesman, Jeff Eller. He said the judge made "significant errors" in applying federal law to Harman's claims.

Eller said the Federal Highway Administration has repeatedly found that the guardrail system met federal safety regulations and that states were reimbursed for buying the systems.

After the trial, a research laboratory in San Antonio, Texas, conducted eight new crash tests on the guardrail systems. Federal officials said in February that the new design met U.S. safety standards during the tests.

"There is no question that Trinity defrauded the federal government and the states when it said this had been approved and it wasn't approved," said the lawyer, George Carpinello. He said it was up to jurors, not the Federal Highway Administration, to decide whether fraud was committed.

In April, Trinity disclosed that it received a subpoena from federal prosecutors in Massachusetts for 16 years of documents relating to the ET-Plus and an earlier guardrail product. The company is also the target of several wrongful death and securities lawsuits.