The company doesn't need to merge to take advantage of economies of scale in building cars. 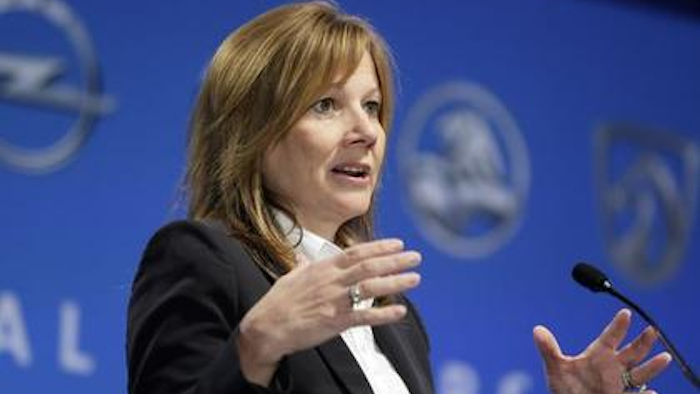 She tells reporters before the company's annual meeting that Fiat Chrysler CEO Sergio Marchionne emailed her about merging, but the proposal was dismissed by the GM board.

Barra says GM is working with Ford on transmissions and Honda on hydrogen fuel cells and will look at other opportunities. But she says GM expects to sell 10 million vehicles this year, and is big enough to use its own size and scale.