Loss-making French carmaker PSA Peugeot Citroen says it aims to return to profitability by 2018 by reducing the number of models and relying on its recent rescue by Chinese investors and the French state. 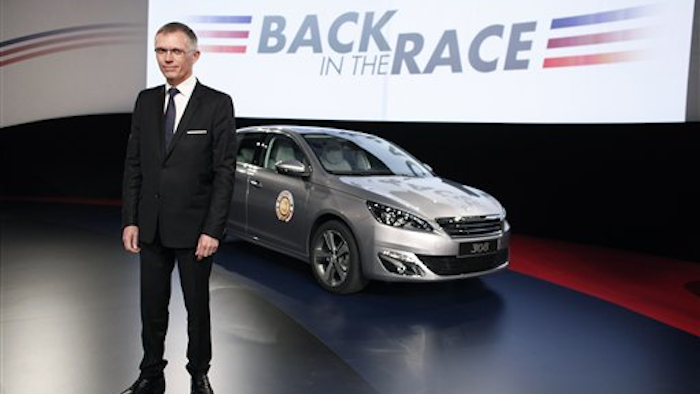 PARIS (AP) -- Loss-making French carmaker PSA Peugeot Citroen says it aims to return to profitability by 2018 by reducing the number of models and relying on its recent rescue by Chinese investors and the French state.

New CEO Carlos Tavares, who took over Peugeot Citroen last month after the company's second-straight year of multi-billion-euro losses, says the maker of the Peugeot 208 and Citroen C3 will achieve a 2 percent operating margin in its automotive division by 2018. Last year, the division's operating margin was -2.9 percent.

Peugeot Citroen has struggled to adapt to the shrinking European car market, with vehicle sales falling 5.4 percent last year in a global market that grew 4.2 percent.

In February, Peugeot received a 3-billion-euro ($4.1 billion) lifeline from China's Dongfeng and the French state.