Subaru announced plans to move its U.S. headquarters to Camden, just four miles from its current home in Cherry Hill, and said it is seeking $118 million in tax breaks intended to lure jobs to the impoverished city. The move by the fast-growing division... 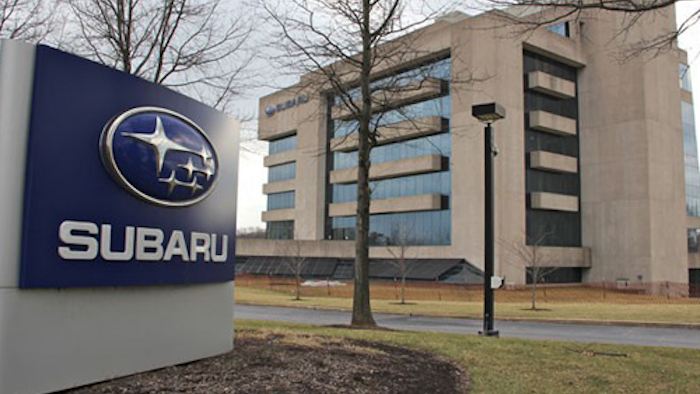 Subaru announced plans to move its U.S. headquarters to Camden, just four miles from its current home in Cherry Hill, and said it is seeking $118 million in tax breaks intended to lure jobs to the impoverished city.

The move by the fast-growing division of the Japanese carmaker would be a coup for a city that is employing new methods to try to improve its schools, reduce crime and attract business in an attempt at resurgence.

"They're definitely welcome," Arthur Barclay, a Camden city councilman, said earlier this week. "There's more jobs, hopefully, for our city residents, and just to put us on the map."

The move would continue a bonanza of state tax breaks for businesses that have agreed to move into Camden with incentives offered in a state law adopted last year. In 2014, the state has awarded $500 million in future business tax credits for moves to the city.

Statewide, the breaks total up to $1.8 billion — the most in any year and more than the total the state awarded from 1996 through 2009.

That law, the Economic Opportunity Act, was adopted with bipartisan support in the Legislature and signed by Republican Gov. Chris Christie last year and includes special enticements for companies to move to Camden, a city where more jobs are direly needed.

Subaru said the $118 million in tax credits it is seeking over the course of 10 years is the same value of what it will cost to build its new headquarters. The credits would be granted only after the investment is made and jobs are provided, and the credits could be reduced if the company does not live up to its promises.

The company, which announced last year that it was looking for a new home because it had outgrown its current building, considered locations in New Jersey and Pennsylvania.

The move would be the biggest reversal yet of a generations-long migration of residents and businesses from Camden, the nation's most impoverished city, to its well-off suburbs, the most populous of which is Cherry Hill.

Subaru said it is planning to consolidate more than 500 workers in a new building as part of an office park being developed by Camden's biggest company, Campbell Soup. It hopes to make the move in about two years.

The office park was announced several years ago, but no other firms have moved in yet. Part of the reason for the delay was Campbell's litigation over its plan to knock down a stately former Sears store on the site. It was finally razed last year.

The New Jersey Economic Development Authority is expected to consider the tax credits for Subaru at its meeting on Tuesday.

Other companies that have received tax breaks for moves to Camden include Holtec International, a nuclear power plant components maker that plans to bring manufacturing, engineering and other jobs to the city; Lockheed Martin, which plans to put researchers there; and the Philadelphia 76ers, which plan to move their offices and practice facility there.