More than 60,000 U.S. consumers have “kicked gas” and are now driving the all-electric Nissan LEAF. To celebrate National Drive Electric Week, held Sept. 15-21, Nissan is the exclusive automotive sponsor for more than 130 grassroots events scheduled for... 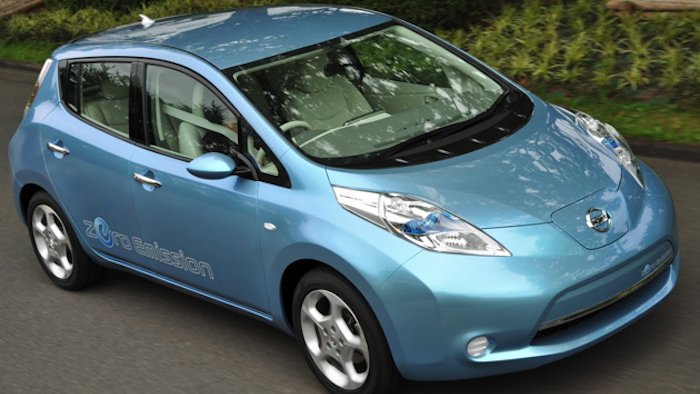 More than 60,000 U.S. consumers have “kicked gas” and are now driving the all-electric Nissan LEAF. To celebrate National Drive Electric Week, held Sept. 15-21, Nissan is the exclusive automotive sponsor for more than 130 grassroots events scheduled for markets across the U.S. and abroad.

National Drive Electric Week, formerly National Plug In Day, started in 2011 as a series of local events aimed at spreading the word about plug-in vehicles. The annual event, which is organized by Plug In America, Sierra Club and the Electric Auto Association, attracted more than 35,000 participants at nearly 100 local gatherings in 2013.

“With more than 60,000 U.S. sales and 50 percent market share among pure EVs this year, Nissan is the natural sponsor of National Drive Electric Week,” said Toby Perry, Nissan’s director of Electric Vehicle Marketing. “At events across the country, drivers of Nissan LEAF and other electric cars will get together to spread the word about the benefits of driving electric – lower operating costs, zero tailpipe emissions, and they are just fun to drive.”

Nissan LEAF sales are up 34 percent in 2014, and August was the best month on record with 3,186 vehicles sold. Nissan is finding more buyers in markets across the U.S. such as Washington, D.C., Boston, Salt Lake City, and others due in large part to owner advocacy.

“LEAF owners have become our most effective marketers. Their enthusiasm for their LEAF and its benefits drives family, friends and co-workers to consider and purchase one for themselves,” said Perry. “This has a viral effect, where one LEAF sale in a neighborhood or office often triggers several additional sales.”

Among the local events is Huntington Beach, California, where Nissan will showcase the BladeGlider sports concept that features a radical front narrow track layout, where the front is significantly narrower than the rear, creating a swept-wing profile when seen from directly above the vehicle.

In Cupertino, California, Nissan will display the all-electric e-NV200 compact cargo vehicle, which is currently part of a one-year trial program in various cities across the U.S. The e-NV200 is already on sale in European markets.