In a month when auto plants usually shut down to retool for next year's models, the sector added a solid 14,600 jobs, according to the government's employment report. 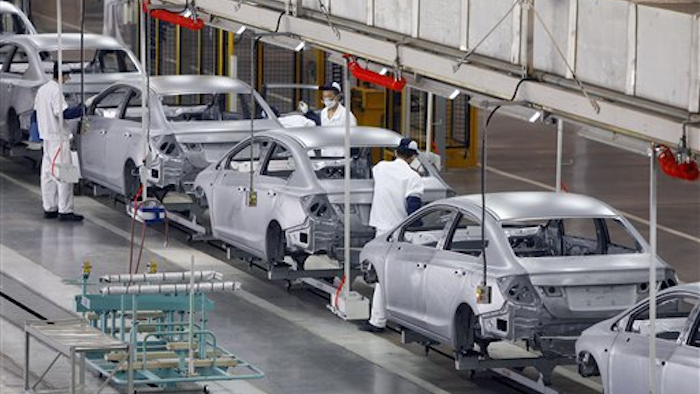 In a month when auto plants usually shut down to retool for next year's models, the sector added a solid 14,600 jobs, according to the government's employment report released Friday.

That increase accounted for more than half the 28,000 manufacturing jobs added last month, the strongest such gain since November 2013.

Spurring the hiring has been stronger auto buying. Sales for Chrysler, Toyota, Ford and Nissan each rose by double-digits in July compared with the same month last year.

More people are borrowing to buy all of those cars and trucks. The Credit Union National Association said that among its members, auto loans for new vehicles have risen 19.4 percent year-over-year from June 2014.

A total of 209,000 jobs were added last month. The unemployment rate rose from 6.1 percent to 6.2 percent because more people began looking for work and were newly counted as unemployed.

Residential construction added 13,000 of the sector's 22,000 added jobs, even though home sales have been relatively sluggish. The architectural and engineering sector added 8,800.

Nearly all the 11,000 public sector jobs added in July came from local governments. Almost every major industry boosted their number of jobs, including transportation and warehousing, financial services, and hotels and restaurants.