Nevada No Lock For Tesla Plant Despite Groundwork

A sprawling industrial park near Reno has become the focus of the secretive site selection process for Tesla's $5 billion battery factory, but the groundwork taking place is no guarantee the plant and its 6,500 jobs are coming. 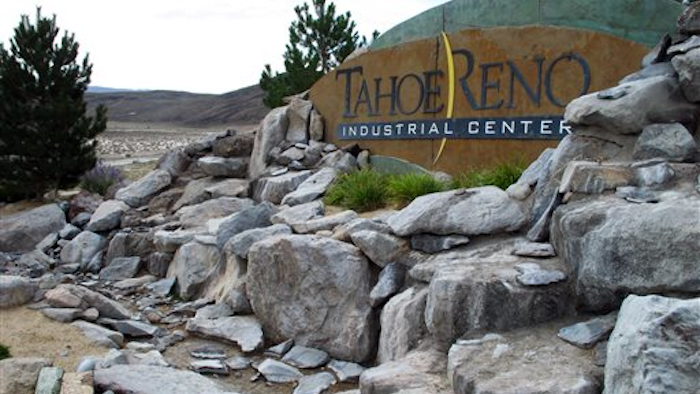 SPARKS, Nev. (AP) -- A sprawling industrial park near Reno where wild mustangs roam among the sagebrush has become the focus of the secretive site selection process for Tesla's $5 billion battery factory, but the groundwork taking place is no guarantee the plant and its 6,500 jobs are coming.

Lance Gilman knows the bidding war with Texas, California, New Mexico and Arizona has just begun now that the electric-car maker has confirmed the first stage of preparation for a "gigafactory."

Gilman, principal and director of the Reno Tahoe Industrial Center, still likes the chances that his site east of the high desert suburb of Sparks will land the giant lithium battery plant, in a state still recovering from multiple years of having the nation's highest unemployment rate.

"If you talk about a horse race, no one else I know of has even left the starting gate," he told The Associated Press. "You are looking at a piece of property that is ready to go tomorrow."

Tesla Chairman and CEO Elon Musk told investors in a webcast Thursday that the company plans similar site work in one or two other states "before we actually go to the next stage of pouring a lot of concrete."

Officials for the other states said Friday that they're still contenders.

"Given Reno's geographic proximity to Tesla's California headquarters, it should be no surprise that it would be identified as one of the possible sites," New Mexico Economic Development Secretary Jon Barela said. "Tesla remains a prized economic development target, and we are still very much in the game."

California Gov. Jerry Brown's administration has refused to detail what it's offering, but legislation recently enacted to create a $420 million tax credit for Lockheed Martin also included language to help battery manufacturers, at his request.

"We have a package that Tesla has, and that package is confidential, but what you try to do is roll out the red carpet and make it as economically viable as you can for any company that wants to come in and bring 6,000 employees," he said.

Musk said the gigafactory will help Tesla make cheaper batteries for its Model 3, a mass-market electric car that Tesla hopes to sell by 2017 for around $30,000. Tesla's only current vehicle, the Model S sedan, starts at $70,000.

"I just know we're busier," Collier said Friday. "I didn't know until last night when they said on the news that they have broken ground. "Anything like that would be good for us. We're the only truck stop out here."

Gov. Brian Sandoval and local mayors won't discuss any incentives that might be offered to seal the deal.

The site about 200 miles from Tesla's Palo Alto, California, headquarters is near the Union Pacific railroad and significant lithium deposits, in a right-to-work state with no income tax and abundant solar and geothermal power resources.

"The reason we are still being considered is because this area is a wonderful place for manufacturing," said Mike Kazmierski, president and CEO of the Economic Development Authority of Western Nevada. The cost of doing business in the state is 30 to 40 percent lower than in California, he said.

Gilman said much of the 167-square-mile industrial park is already equipped with fiber-optic lines, utilities, and roads that pass warehouses for Wal-Mart and PetSmart, among others. That's been key to Tesla, which is determined to minimize "scheduling risk" as it races to get the plant up and running to meet growing demand for its cars.

"That site is the nation's largest industrial park. It is very appealing with all the infrastructure and an abundance of green power," he said.

But Boyd believes Texas and California both still can make strong bids.

"Tesla will be able to leverage this for additional incentives of course from other states," he said. "I think it would be foolish to write Texas off."

Longtime Sparks Mayor Geno Martini said it's hard to imagine how much the plant would benefit the economy of the Reno-Sparks metro area with about 425,000 people.

"I really don't know that I've got anything to compare it to, really," he said. "It's probably one of the biggest projects I've seen in my lifetime."

Nevertheless, Martini remains cautious: "Nothing is cast in stone until they sign on the dotted line."