Delivery of 28 helicopters was scheduled to begin in 2012, but Sikorsky has clashed with Canadian officials over production, support and other issues. 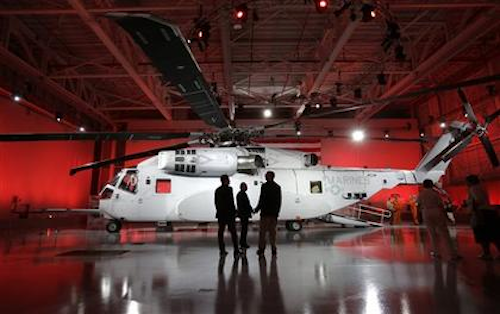 HARTFORD, Conn. (AP) -- Company officials say that a deal is close that would allow for the long-delayed delivery of Sikorsky helicopters into Canada.

Delivery of 28 helicopters was scheduled to begin in 2012, but Sikorsky has clashed with Canadian officials over production, support and other issues.

Details about the deal are expected within 30 days, according to Louis Chenevert, the CEO of United Technologies Corp., which is the parent company of Sikorsky Aircraft.

The company warned in April that, after discussions with Canadian officials, retrofitting costs and an extended program schedule would lead to "significantly higher" costs.

United Technologies says it will likely take a charge this year related to the delivery, but believes other benefits this year will offset those charges.