He didn't elaborate on where in space these industries would go.

Jeff Bezos spent about 11 minutes in space on Tuesday, and now, he has a new proposition. The quasi-astronaut shared a new pollution proposal with MSNBC and the concept is out of this world.

“We need to take all heavy industry, all polluting industry, and move it into space.”

The former Amazon CEO did acknowledge such a transition would take decades.

Bezos took his trip to space via the Blue Origin New Shepard rocket. The billionaire said the idea for moving heavy and polluting industries to space was inspired by seeing Earth’s atmosphere from the rocket.

Bezos said, “It reinforces my commitment to climate change - to the environment.”

He went on to say, “We live on this beautiful planet and it looks so big. It feels like this atmosphere is huge and we can disregard it and treat it poorly. When you get up there and you see it, you see how tiny it is and how fragile it is.”

He also said the Bezos Earth Fund would be the focus of his work moving forward along with space exploration.

In February of 2020, Bezos launched the fund along with a $10 billion commitment to fight climate change.

When it began, Bezos wrote in an Instagram post, “Climate change is the biggest threat to our planet.” He included in the post that he wants to work with others to fight the impact of climate change on the planet and that the global initiative will fund scientists, activists and NGOs.

Bezos didn’t specify where exactly in space these industries will go and he’s not the first to have a similar idea. The Defense Advanced Research Projects Agency (DARPA) announced, in February, a project called “Novel Orbital and Moon Manufacturing, Materials and Mass-efficient Design.”

SpaceNews reported DARPA recently inquired to the space industry about the possibility of building factories on the moon. 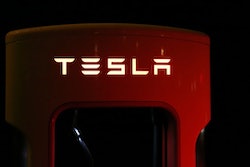 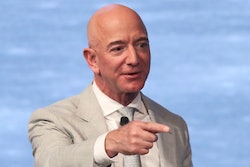 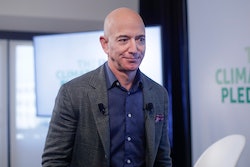