The recently released reports say bulk cargo volumes dropped by 25% at the Port of New Orleans in 2019. 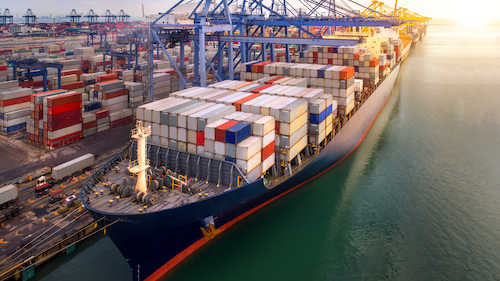 The recently released reports say bulk cargo volumes dropped by 25% at the Port of New Orleans in 2019, and the much larger Port of South Louisiana just upriver saw a decrease of 15%, The New Orleans Advocate/The Times-Picayune reported.

"You can't hide the numbers," the Port of South Louisiana's executive director Paul Aucoin told the newspaper. “It was a tough year.”

While the state's economic growth has increased in recent months, the shipping industry plays a critical role and the slowdown suggests President Donald Trump's tariffs are putting pressure on parts of the economy, the newspaper reported.

Corn and other agricultural products pass through the two ports on their way to foreign markets, and the state's oil and petrochemical sector also relies heavily on them. Economic impact reports show the ports bring in hundreds of millions of dollars in state taxes and that 50,000 jobs in the six parishes where they operate are directly or indirectly tied to them.

A fall in steel shipments and other tariff-affected business hurt the the Port of New Orleans' overall results despite an increase in cruise traffic and a 10% rise in container shipping.

Tariffs have been even more troublesome for the Port of South Louisiana, which runs along nearly 55 miles (85 kilometers) from Destrehan in St. Charles Parish to St. James Parish.

Loren Scott, a former Louisiana State University economics professor who wrote a 2015 economic impact study for the Port of South Louisiana, said it remains to be seen whether recent trade battles will leave lasting damage that could jeopardize expansion plans at the two ports.

"It's like a rocket that's 5 feet off the ground," Scott said. “We're hoping it's going to be OK, but right now we really don't know which way it's going to go.”

Aucoin said the Port of South Louisiana's expansion plans have already been stalled because of the volatility of steel prices.

"We have 17 new industries that want to come in and build something for a total investment of $23 billion, but the price of steel went up because of the tariffs and that's put them off," he said.

Aucoin said he understands why the president got tough on some trade relationships, but he said that while they may be meant to protect domestic industry, tariffs often cause collateral damage.

While tough actions toward China have gotten a lot of attention, Robert Landry, the chief commercial officer for the Port of New Orleans, said lower-profile skirmishes — with countries such as Brazil, Turkey and South Korea — had greater effects.

"It changed a lot of supply chains and people looked to source steel from different suppliers, including domestically, which I suppose was the point of the tariffs," he said. "But then steel prices went up and people said, 'Let's push this project off for a couple of months,'" because of uncertainty.

The Commerce Department said Friday that the divide between what the U.S. sells and what it buys abroad dropped 6.7% in January to $45.3 billion.
Paul Wiseman
Mar 6th, 2020

US, China Clash Over Intellectual Property

The state-owned flydubai said its growth strategy was severely impacted by the grounding of the troubled Max.
Mar 4th, 2020