Leaders are pledging to reopen factories vital to the U.S. economy while shaming others that refuse to close under lockdown. 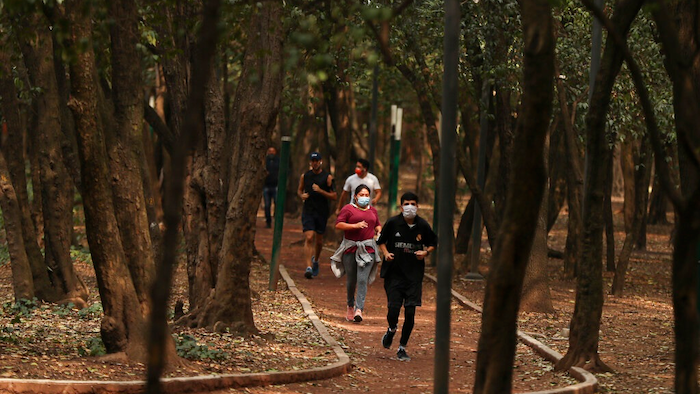 MEXICO CITY (AP) — Mexico's government continued its tug of war with businesses on Monday, pledging to reopen factories vital to the U.S. economy while shaming others that refuse to close under lockdown measures decreed to fight the spread of the coronavirus.

Under U.S. pressure, Mexico pledged Friday to reopen automotive plants in a “gradual and cautious” process. On Monday, Labor Secretary Luisa Maria Alcalde praised some automakers for reducing or stopping nonessential parts of their operations.

But Alcalde publicly shamed some textile and footwear firms, as well as a department store chain, for not obeying closure orders for nonessential businesses.

In all, 18% of firms in Mexico are considered essential and are allowed to stay open. Alcalde said that of the remaining nonessential firms, 87% had closed and 13% had refused to do so.

The U.S. government launched a campaign to get Mexico to reopen plants, suggesting the supply chain of the North American free trade zone could be permanently affected if they didn’t resume production.

Mexico’s border assembly plants are key to the U.S. supply chain, including those of autos and defense contractors, and employees at some of the facilities have staged walkouts and protests because of fears over the coronavirus.

“We are seeing impacts on the industrial base by several pockets of closure internationally. Particularly of note is Mexico, where we have a group of companies that are impacting many of our major primes,” she said.

López Obrador appeared to oppose a $3 billion credit arrangement that a leading business association announced with an investment arm of the Inter-American Development Bank to supply loan-type products for small and medium firms in Mexico hit by the effects of the pandemic.

The austerity-minded López Obrador had vowed not to acquire new debt, and said the loan arrangement would not be backed by public funds or government guarantees. He said he also didn't like that business groups had arranged the deal behind his back.

“I don't very much like the way they reached an agreement and want to impose their plans on us,” the president said. “What are we (the government)? Flowerpots, just here for decoration?”

“If it doesn't cost the public anything, if it doesn't come from government funds, go ahead,” he added, reminding Mexicans of the numerous past big-business bailouts that average Mexicans had to pay with their tax money.

“He neither helps nor lets others help,” De Hoyos said of Mexican firms suffering from a drop-off in activity. “But he does lie,” he wrote in his Twitter account, adding the credits “do not, as he said, involve public funds.”

López Obrador has had a rocky relationship with business groups, which he has frequently accused of corruption and hogging power. The first member of his Cabinet to test positive for coronavirus was identified Monday as federal comptroller Irma Eréndira Sandoval, though her office said she was on “excellent” condition with no serious symptoms.