The National Association for Business Economics survey found that one-third think the renegotiation will have no impact, while one-fifth think it will harm the economy slightly. 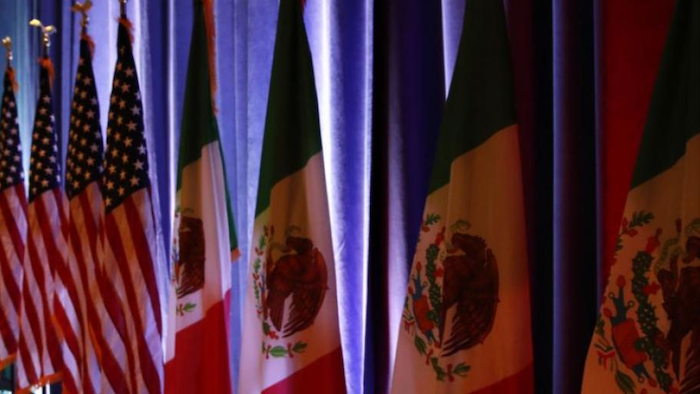 Most business economists expect the Trump administration's efforts to renegotiate the North American Free Trade Agreement will make no difference to the U.S. economy or cause harm.

The National Association for Business Economics survey of 47 economists found that one-third think the renegotiation will have no impact, while one-fifth think it will harm the economy slightly. Seven percent see its impact as strongly or moderately negative.

One-quarter said the renegotiation will be slightly positive while 9 percent said it would be moderately positive. The survey covered economists who work for large companies, trade associations, consulting firms, and universities.

The United States, Canada and Mexico are engaged in the third round of talks on the agreement, which began Saturday and will continue through Wednesday. The negotiations have covered a range of issues, including Mexico's wage levels and the agreement's mechanism for settling commercial disputes.

So far only limited progress appears to have been made. U.S. Trade Representative Robert Lighthizer said Sept. 18 that the talks were proceeding at "warp speed, but we don't know if we're going to get to a conclusion."

The NABE survey found economists' views on U.S growth and employment were little changed from its last survey in June. The respondents expect the economy will expand 2.2 percent this year and 2.4 percent in 2018.

The survey was taken between Aug. 24 and Sept. 7, just when Hurricane Harvey made landfall and before Hurricane Irma reached the U.S. The results don't take into account the impact of the storms, which most economists think will temporarily slow growth in the July-to-September quarter.

Growth will then probably rebound in the fourth quarter, economists say, accelerated by rebuilding and repair efforts.

The survey's respondents see little chance of a recession in the next two years. They put the odds of a downturn at 25 percent or less this year.

Production and shipment problems will push deliveries to 2022.
Nov 5th, 2021

The 777 Freighter is the world's largest, longest range and most capable twin-engine freighter.
Nov 4th, 2021

Toyota had been forced to reduce production because of the problems.
Nov 4th, 2021
Follow Us
Most Recent