The eurozone economy is on course for another solid quarter of economic growth, a closely watched survey indicated Wednesday ahead of a keenly awaited speech from the European Central Bank's chief. 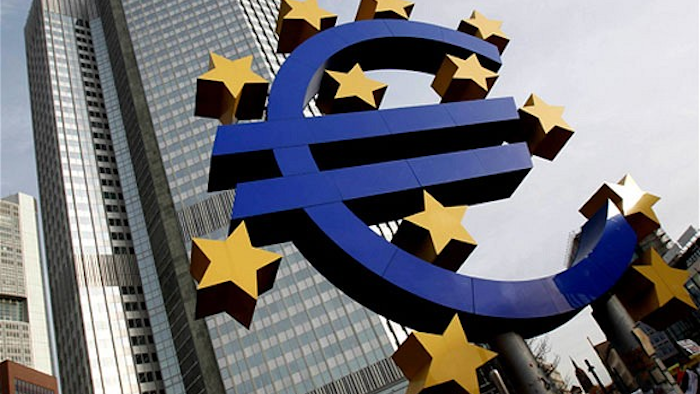 LONDON (AP) — The eurozone economy is on course for another solid quarter of economic growth, a closely watched survey indicated Wednesday ahead of a keenly awaited speech from the European Central Bank's chief.

In the run-up to Friday's speech from ECB President Mario Draghi at Jackson Hole, Wyoming, financial information company IHS Market said its purchasing managers' index for the 19-country single currency bloc rose to 55.8 in August from 55.7 the previous month. The slight increase was unexpected — most forecasters were predicting a modest fall.

Given that anything above 50 indicates expansion, the survey of the eurozone's manufacturing and services sectors suggests that the region's momentum has continued through the summer despite the recent appreciation in the euro. The survey reinforces market expectations that the eurozone will grow by a healthy quarterly rate of 0.6 percent in the third quarter of the year, matching the previous quarter's performance.

Particularly encouraging was the fact that the manufacturing sector was able to secure new export orders at the fastest pace in 6 1/2 years. That may allay some recent fears that the rise in the euro over the past few months was sapping exports by making eurozone products less competitive in international markets.

In a little more than four months, the euro has risen more than 10 percent against the dollar, and earlier this month it breached the $1.19 mark for the first time since the start of 2015. It's shown similar strength against the British pound.

The euro's recent strength, which has been based largely on growing signs of economic momentum in the eurozone, has been one reason why many ECB watchers think the central bank will tread carefully in reining back its stimulus measures, which has seen it slash interest rates including its main one to zero. It has also sought to keep market interest rates, which affect the costs of loans and mortgages, low by flooding the financial system with newly created money. The ECB is pumping 60 billion euros ($71 billion) a month into the economy.

As well as potentially weighing on exports, the high currency has the potential to keep a lid on inflation by making imports cheaper. That's not ideal for a central bank which is aiming to stoke price pressures in the economy. The ECB aims for an annual inflation rate of just below 2 percent. In the year to July, it remained well short of that, at 1.3 percent.

"We think that improvements in inflation to above 1.5 percent are unlikely for the coming months, so look for a cautious Draghi at the end of the week," said Bert Colijn, senior eurozone economist at ING.

Draghi's comments have added resonance because they will be made just a couple of weeks before the ECB's next scheduled policy meeting on Sept. 7. The prevailing view in financial markets is that the ECB will extend its stimulus measures into next year but with some reduction of the amount in monthly bond purchases.

Any hints from Draghi that the prevailing view is wrong could have big repercussions across financial markets, not least in the value of the euro. For example, should he say the stimulus will be unwound faster than expected, the euro could rally further as markets price in a higher interest rate profile for the eurozone and fewer euros being pumped into the financial system.

Neil Wilson, senior market analyst at ETX Capital, said financial markets should be wary ahead of the Jackson Hole gathering of the world's central bankers, and not just about Draghi. Janet Yellen, the U.S. Federal Reserve chair, will also be at the event.

"The event always has the potential to shift markets," he said. "The clear mountain air seems to embolden naturally cautious and incremental central bankers to signal more seismic policy shifts."