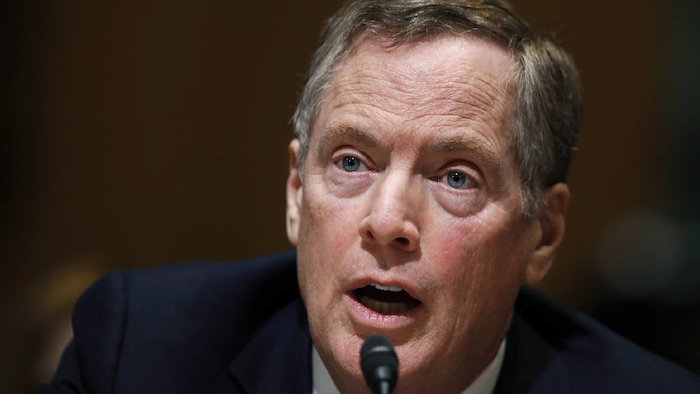 The United States won't settle for cosmetic changes to the North American Free Trade Agreement, the top U.S. trade negotiator said, as negotiations to rework terms of the pact began.

President Donald Trump has called the 23-year-old trade pact the "worst" in history and vowed to fix it — or withdraw from it.

On the first of five days of talks, U.S. Trade Rep. Robert Lighthizer said Wednesday that Trump "is not interested in a mere tweaking of a few provisions and an updating of a few chapters. We believe NAFTA has fundamentally failed many, many Americans and needs major improvement."

NAFTA did away with most barriers, including tariffs, on trade between the U.S., Canada and Mexico.

The Trump administration and other NAFTA critics say the agreement encouraged manufacturers to move south of the border to take advantage of lower-wage Mexican labor. Lighthizer said that at least 700,000 Americans have lost their jobs because of the way NAFTA rerouted commerce.

The U.S. trade representative said he wanted to change the pact to require that duty-free NAFTA products contain more content made within the trade bloc and specifically in the United States. But Stephen Orava, partner and head of the trade law practice at King & Spalding, said that changing NAFTA's "rules of origin" to promote Made-in-the-USA products would prove "complicated" and risk disrupting the intricate supply chains that manufacturers have built across NAFTA borders.

Lighthizer's comments suggest the negotiations could prove contentious. The Canadian and Mexican negotiators defended NAFTA as an economic success story, though they say it needs to be updated to reflect economic and technological changes.

NAFTA critic Lori Wallach, director of Public Citizen's Global Trade Watch, said Lighthizer's tough talk raises the possibility that the United States will pull out of NAFTA if it can't get the deal it wants. "He doesn't bluff," she said. "It was a message to Mexico and Canada: 'We hope we can reach a deal, but we aren't playing.' "