Eurozone Growth Projections Revised Up By The IMF

The International Monetary is more optimistic about the economy of the 19-country eurozone after a run of elections saw populist politicians defeated. 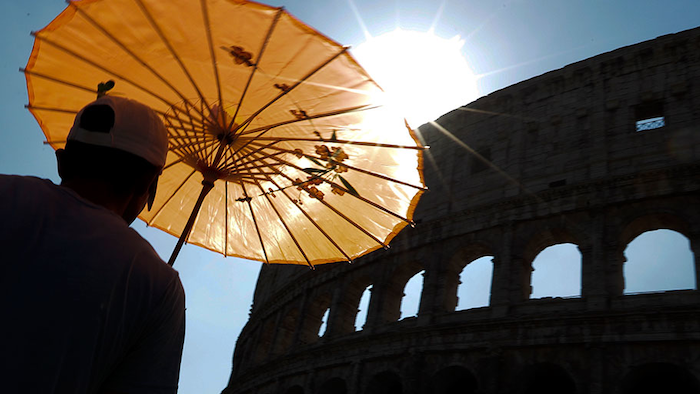 LONDON (AP) — The International Monetary is more optimistic about the economy of the 19-country eurozone after a run of elections saw populist politicians defeated.

In an update to its April projections published Monday, the IMF revised up its growth forecasts for many eurozone countries, including the big four of Germany, France, Italy and Spain, after stronger than anticipated first quarter figures.

Overall, the IMF expects the eurozone to expand by 1.9 percent this year, 0.2 percentage point more than its previous projection. That's just shy of the IMF's 2.1 percent forecast for the U.S. but slightly ahead of Britain's, whose projected growth rate was revised down by 0.3 percentage point to 1.7 percent following a weak first quarter that raised concerns about the country's economy ahead of its exit from the European Union.

The IMF's slew of upgrades comes amid rising confidence in the eurozone's outlook following a series of elections that saw populist politicians defeated, most notably in France, where Emmanuel Macron defeated the far-right candidate Marine Le Pen in May's presidential election.

"On the upside, the cyclical rebound could be stronger and more sustained in Europe, where political risk has diminished," the IMF said in a statement accompanying its new forecasts.

The IMF's update came as a survey pointed to a modest slowdown in the eurozone in July as the region struggled to keep up the fast pace of its recent upturn.

Financial information firm IHS Markit said Monday that its purchasing managers' index for the region fell to a six-month low of 55.8 points in July from 56.3 the previous month.

Despite the modest retreat, the indicator pointed to one of the strongest expansions seen in the past six years, with quarterly growth at a still-healthy 0.6 percent, down only slightly from the 0.7 percent signaled for the second quarter. Official second-quarter figures are due at the start of August.

Chris Williamson, the firm's chief business economist, says it's "too early to know for sure whether the economy has merely hit a speed bump or whether the upturn is already starting to fade."

The evidence, he says, points to the former, with the economy "hitting bottlenecks due to the speed of the recent upturn."

He noted that forward-looking indicators, such as new order inflows, suggest further robust growth. As a result, job creation is "booming" as companies seek to expand to meet demand.

The survey is likely to inform the ECB's deliberations as it mulls when to start reining back its monetary stimulus. Last week, ECB President Mario Draghi sought to be neutral, worried that any indication of any change of course could lead to the euro currency surging. More clarity is expected in the autumn.

Much will depend on inflation. The chief purpose behind the ECB's stimulus efforts, which has involved slashing interest rates and buying 60 billion euros ($69 billion) a month in bonds at least through the end of the year, is to get inflation up to its goal of just below 2 percent. In the year to June, the annual rate of inflation was 1.3 percent.

Monday's survey suggested that inflation pressures eased in July, which may reinforce Draghi's belief that there isn't "any convincing sign of a pickup in inflation." The ECB meets next to decide on policy on Sept. 7.