Global Stocks Gain On Manufacturing Data, Ahead Of U.S. Holiday

Global stock markets rose Monday after a survey showed Japan's manufacturing outlook improving and as oil prices continued to recover from a recent slide. Trading was thin, however, due to a holiday in the U.S. on Tuesday. 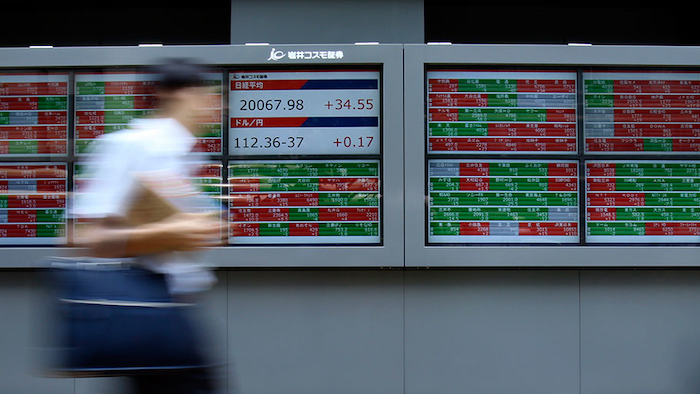 BEIJING (AP) — Global stock markets rose Monday after a survey showed Japan's manufacturing outlook improving and as oil prices continued to recover from a recent slide. Trading was thin, however, due to a holiday in the U.S. on Tuesday.

MANUFACTURING: The Japanese central bank's Tankan survey of large manufacturers found they believe business conditions are improving and plan to increase investment as export demand recovers. A separate survey of factory purchasing managers also indicated the outlook improved in June for the 10th straight month. A similar report on the U.S. manufacturing sector is due later in the day and will be monitored by investors gauging the government's success in boosting the industrial sector.

KOREAN EXPORTS: Exports in June rose but the gains were overshadowed by President Donald Trump's demand to renegotiate a 2012 trade agreement. Exports increased by 13.7 percent over a year earlier, driven by sales of electronics and ships. Growth was faster than May but below forecasts. The trade surplus widened to $11.4 billion. Korean analysts warn, however, that the trade outlook is clouded by Trump's demand Friday during a visit to Washington by his Korean counterpart, Moon Jae-in, for changes to a trade agreement that he said would be aimed at narrowing the U.S. trade deficit with South Korea.

ENERGY: Benchmark U.S. crude gained 15 cents to $46.19 per barrel in electronic trading on the New York Mercantile Exchange. The contract soared $1.11 on Friday. Brent crude, used to price international oils, rose 11 cents to $48.88 in London. It jumped $1.14 the previous session.