U.S. Durable Goods Orders Fell In May By The Most In 18 Months

Demand for long-lasting U.S. factory goods fell by the most in 18 months, and a key category that tracks business investment also slipped, evidence that manufacturing output is barely growing. 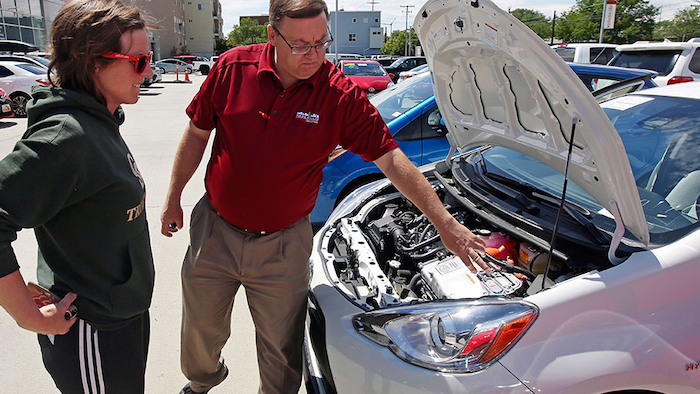 WASHINGTON (AP) — Demand for long-lasting U.S. factory goods fell by the most in 18 months, and a key category that tracks business investment also slipped, evidence that manufacturing output is barely growing.

Orders for durable goods — items meant to last at least three years — slid 1.1 percent in May, the Commerce Department said Monday. It was the second straight decline.

U.S. manufacturing production has slowed after a solid start to the year. Business investment in new equipment jumped in the January-March quarter but has leveled off since then. Orders for capital goods, excluding aircraft and military equipment, slipped 0.2 percent last month, a sign businesses are trimming their spending.

Most of the bad news in the report was concentrated in the volatile civilian and military aircraft categories, where orders plunged. Excluding transportation goods, orders actually ticked up 0.1 percent, after dropping the previous month.

There were some other positive signs: Orders for new cars rose for the second straight month. Orders also increased for industrial machinery, steel and other metals, and appliances.

Still, other recent data suggests manufacturing has stumbled after a strong winter. Factory output fell modestly in May, according to the Federal Reserve. Americans have tempered their recent enthusiasm for new cars: Auto sales have fallen for five straight months after reaching a record level last year. That suggests the May increase in automotive orders may not be sustained.

Manufacturers generally have a positive outlook about future demand, according to a survey by the Institute for Supply Management, a trade group. That survey, released earlier this month, found that factory activity expanded in May at a faster pace than the previous month, spurred in part by an acceleration in hiring and a sense that orders were growing more quickly.